In 2015 the HAWK (university of art and applied science in Hildesheim, Germany) planned to institute a shared showroom in Berlin for exhibitions and events of three german academic institutions, which took part in the planning process. The purpose was to represent these institutions in the capital city of Germany and generate interest to study creative subjects outside of Berlin. The actual showroom was meant to be built into the premises of the “Aufbau Haus”, which is a multistory business loation in the western part of the Kreuzberg district, housing some creative stores. Unfortunately the project has never been put into operation.

The project was initialized as a branding class, during my third semester at the HAWK and resulted in two interpretations – one is shown right here, the other is found here.

A viewport is a polygon viewing region in computer graphics. In virtual desktops, the viewport is the visible portion of a 2D area which is larger than the visualization device. A typical example is a scrollbox on a website, that allows the user to gain access to the full content by scrolling through the small viewport. In this showroom case it represents a small insight into the giant world of the exhibitors.

The figurative mark was inspired by the photographic lens – or better yet the aperture, which specifies the specific portion of the environment and the focus that is portrayed to the viewer. It also visually corresponds the raw, futuristic architecture of the Aufbau Haus.

Layouts are based on a grid, which compliments the geometry of the logo. The grid is actually very restrictive, but restriction is not always a negative thing. In this case it coheres the content and gives it a unique visual language. Every institution has it’s own color code and by coloring single cells inside the grid, every event is branded with a unique symbol. 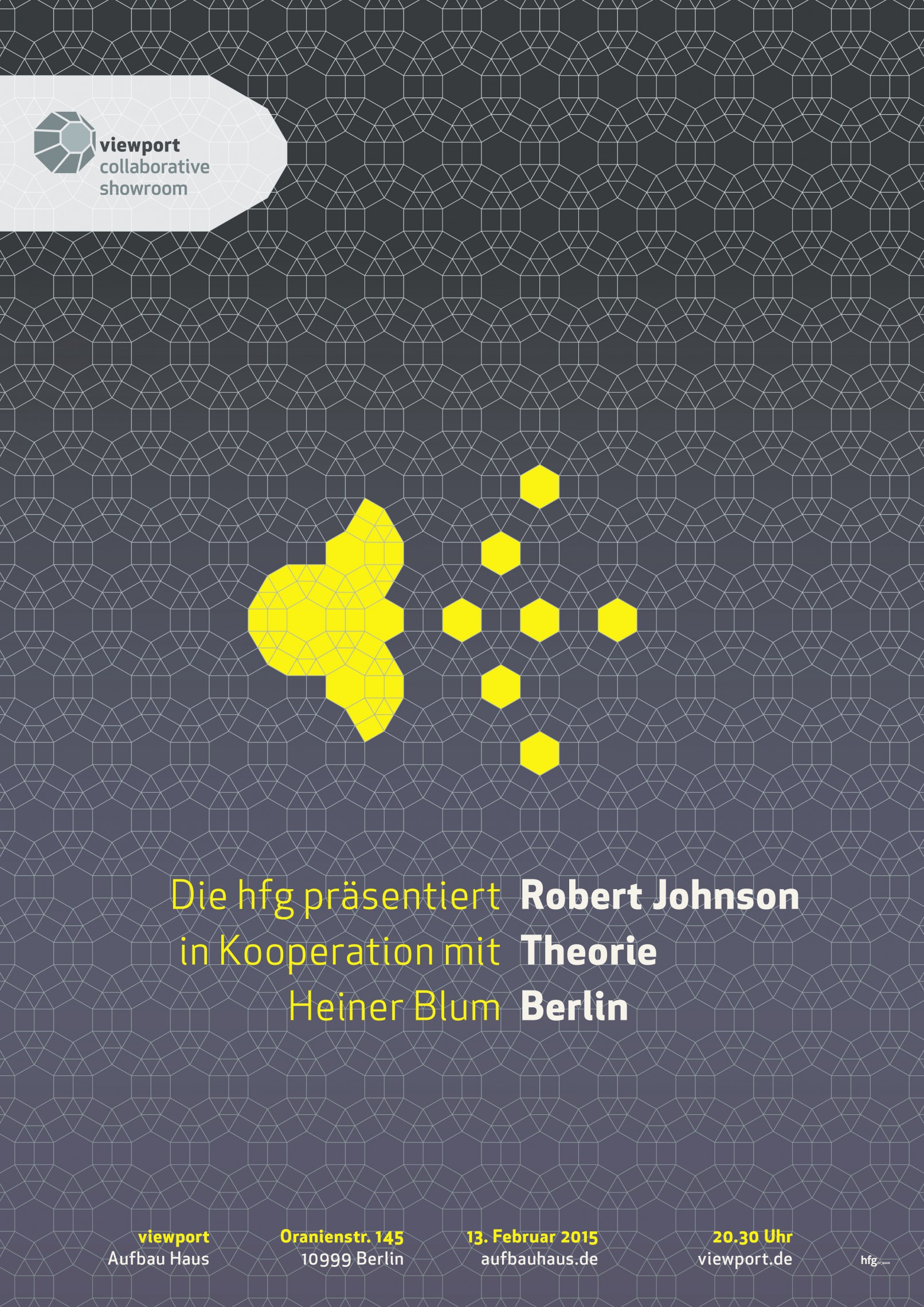 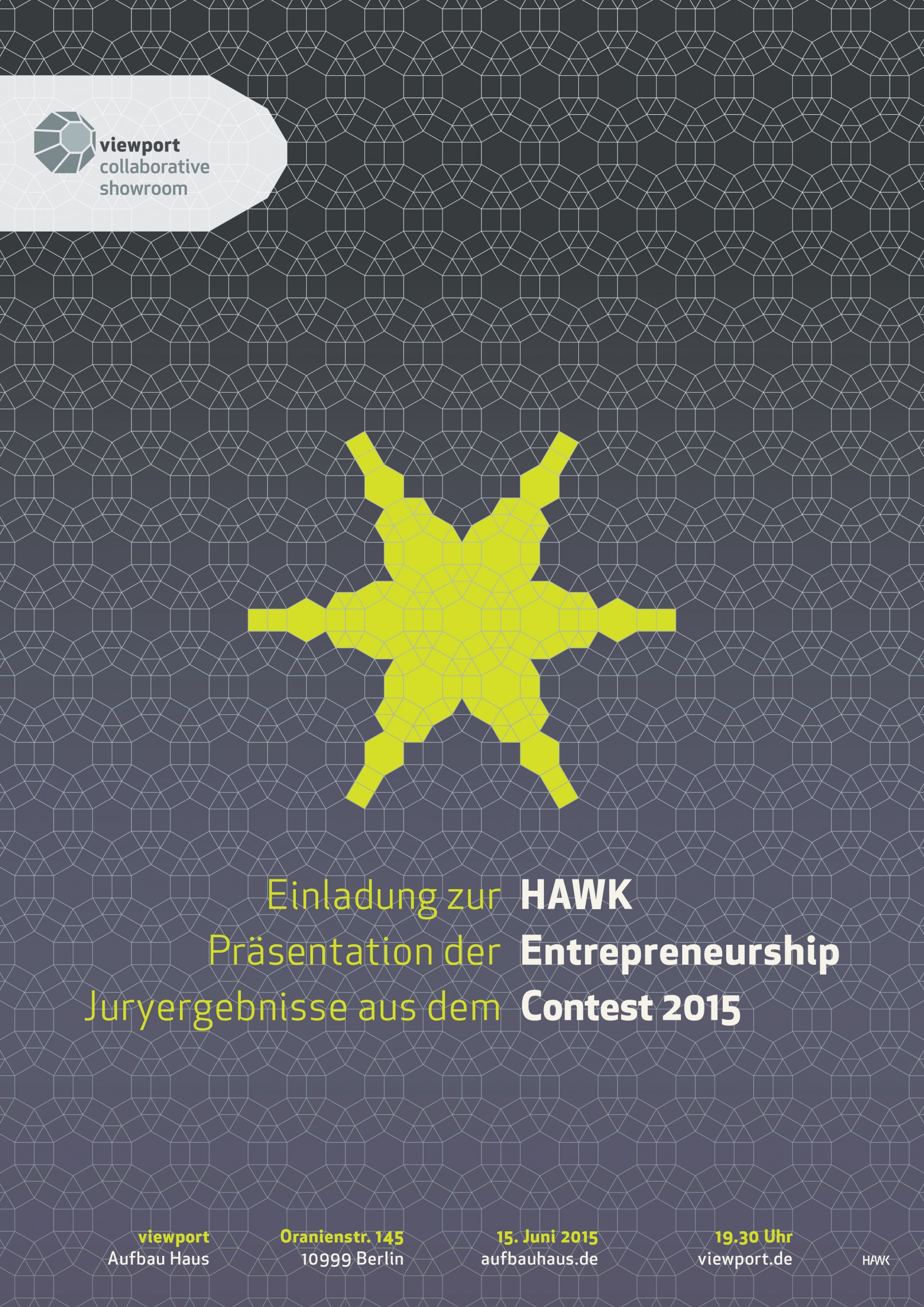 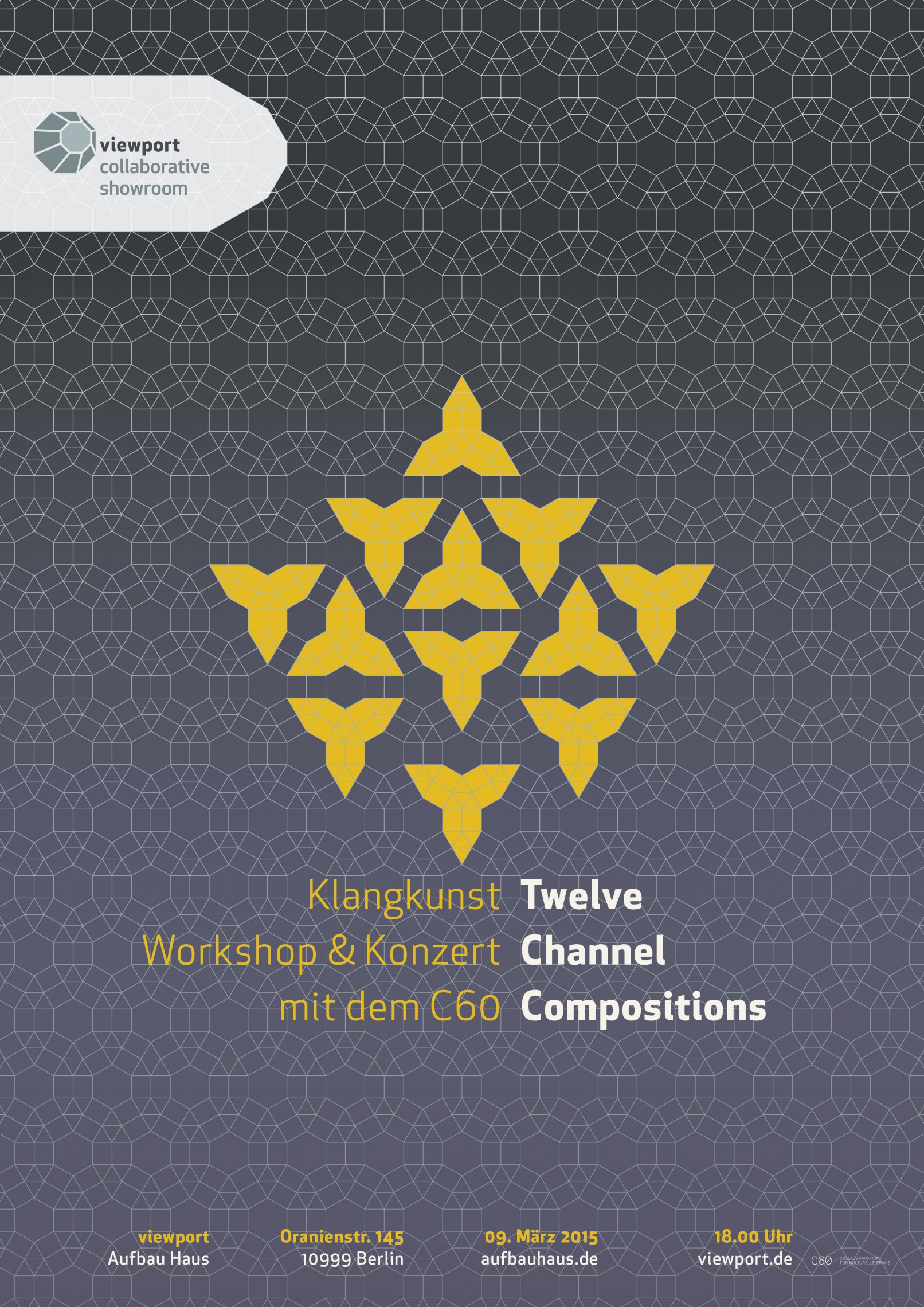 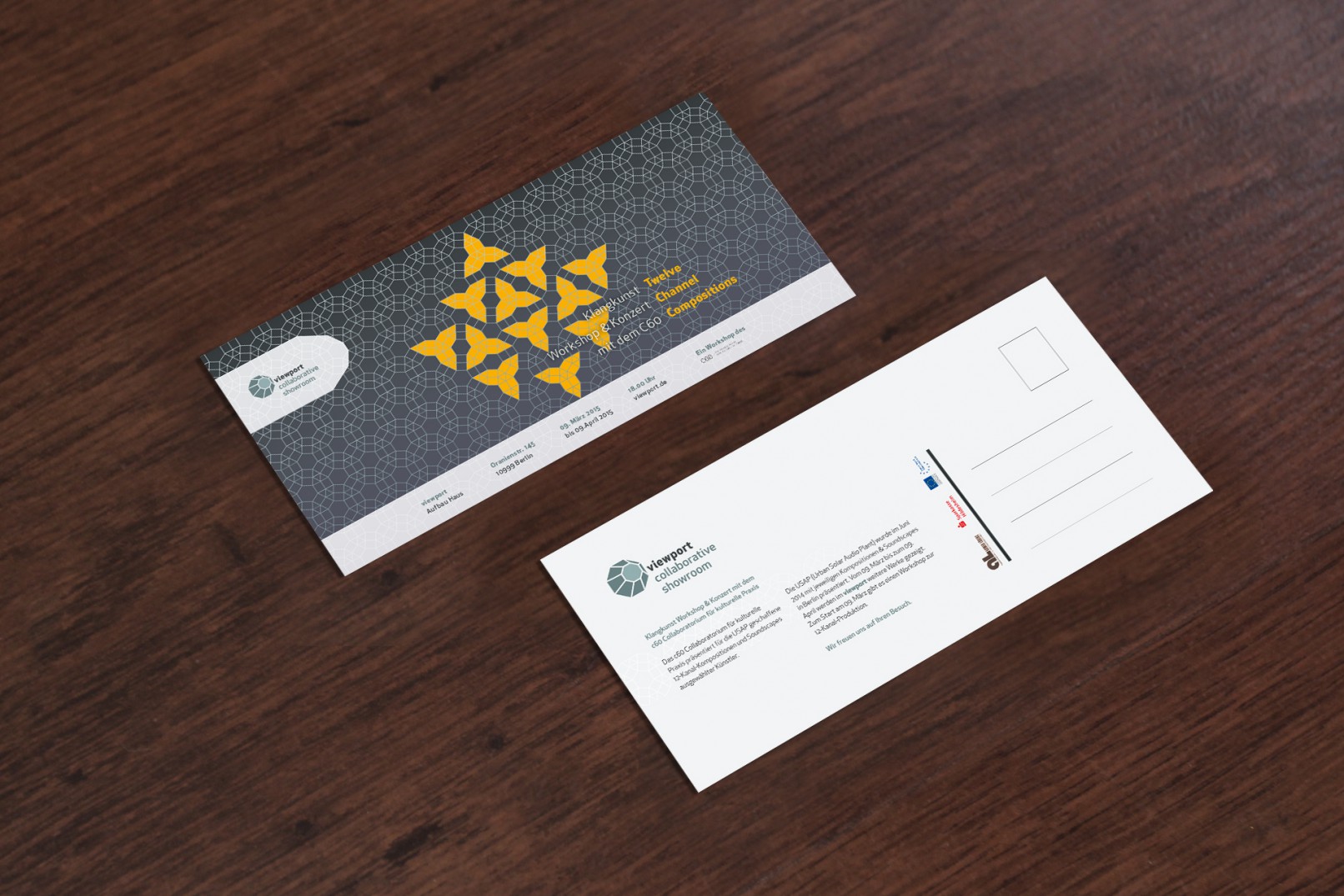 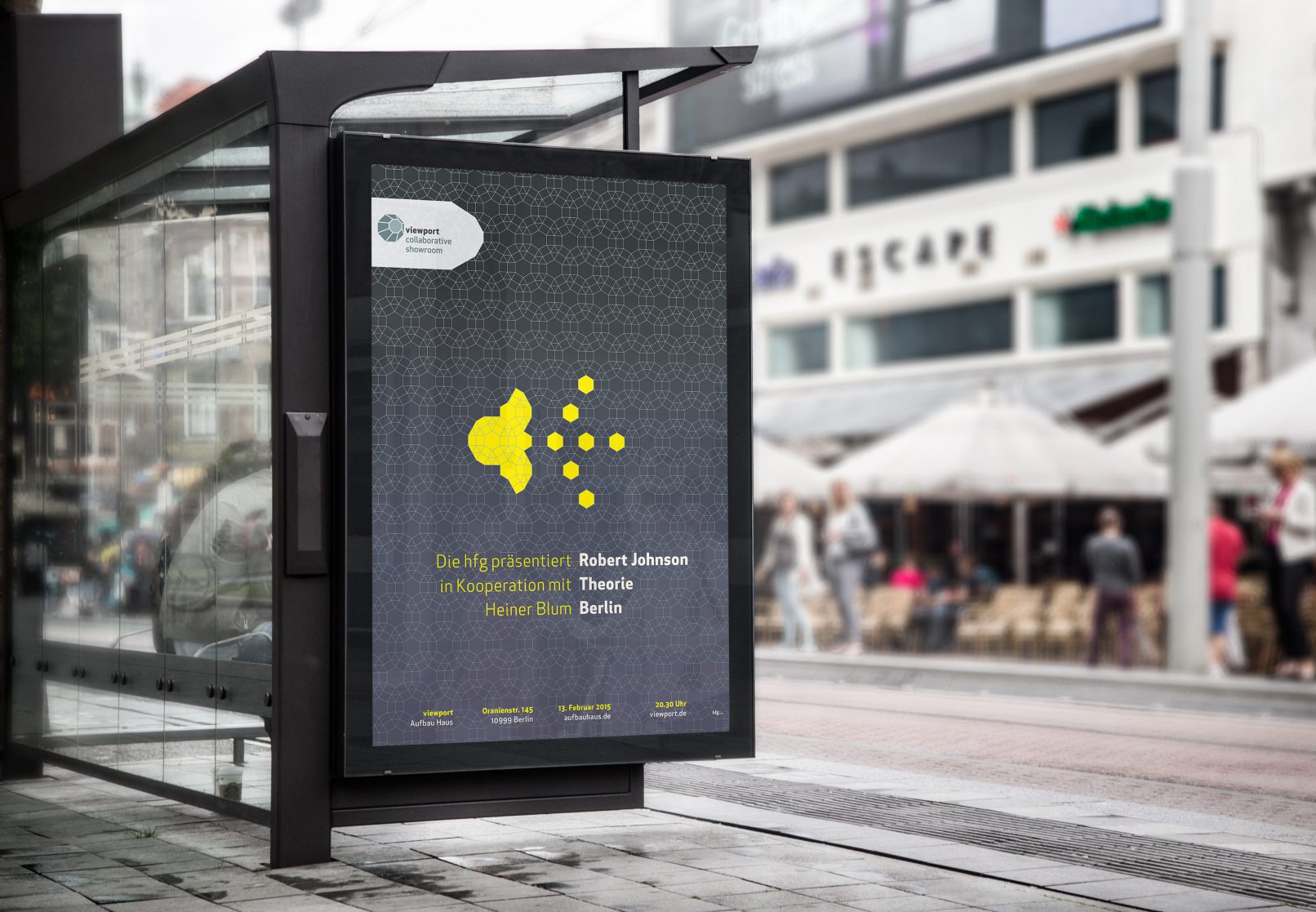 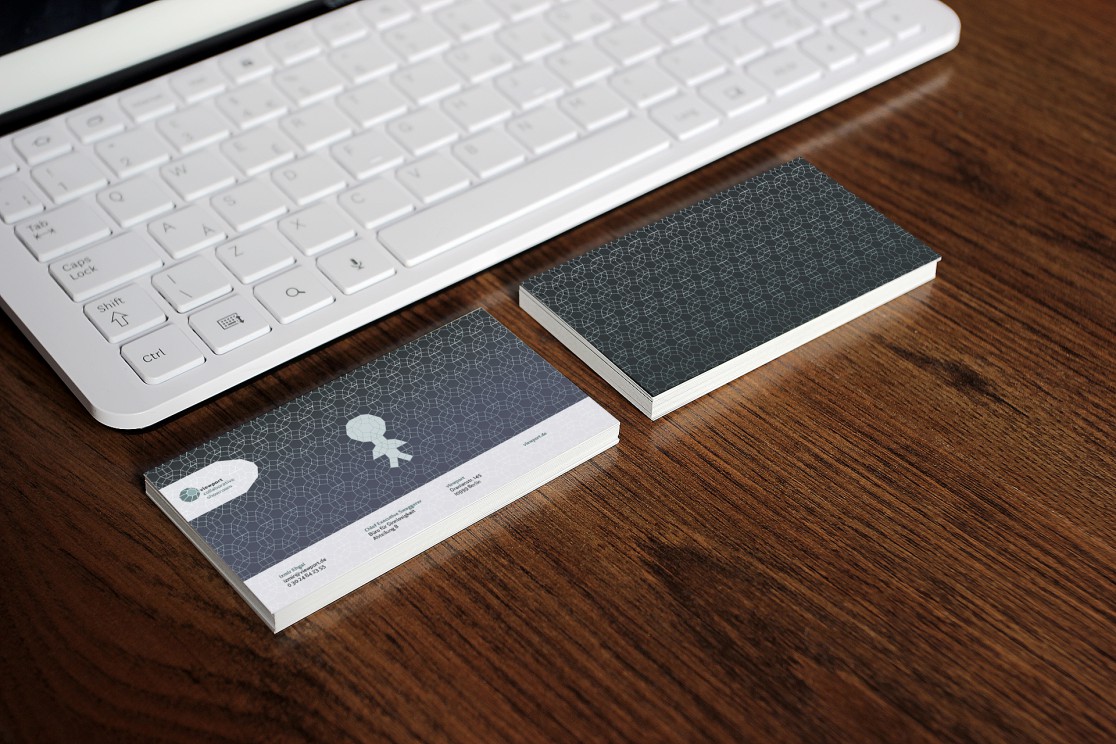 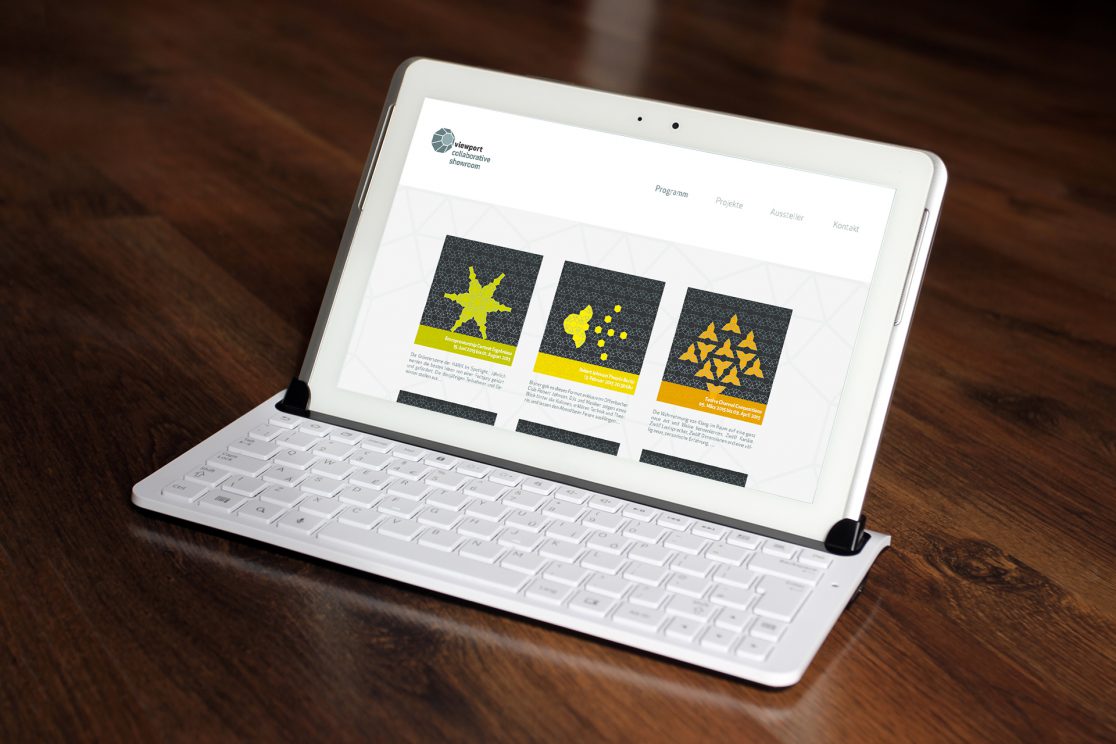 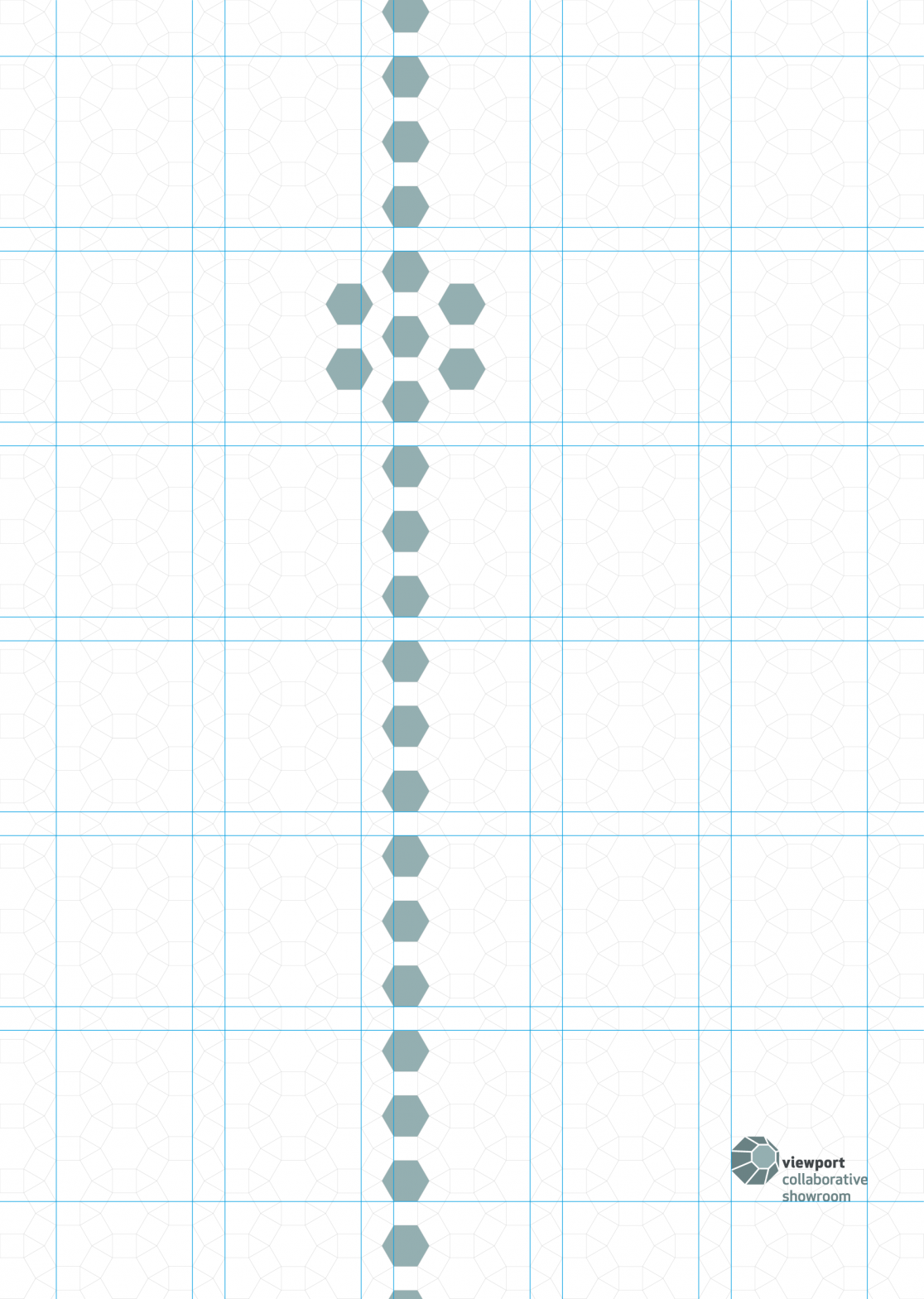 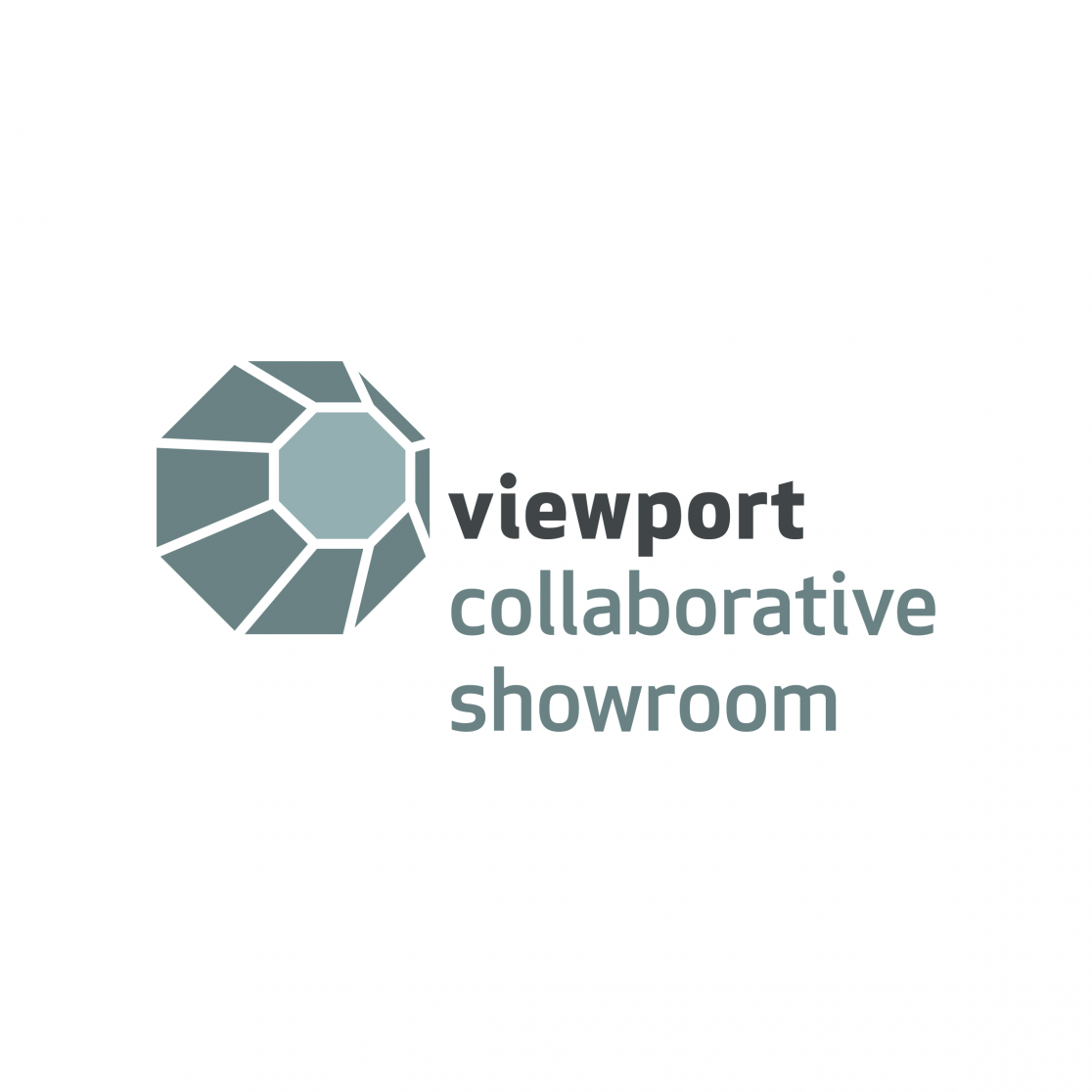 The »viewport« logo.
Previous
Next