In 2015 the HAWK (university of art and applied science in Hildesheim, Germany) planned to institute a shared showroom in Berlin for exhibitions and events of three german academic institutions, which took part in the planning process. The purpose was to represent these institutions in the capital city of Germany and generate interest to study creative subjects outside of Berlin. The actual showroom was meant to be built into the premises of the “Aufbau Haus”, which is a multistory business location in the western part of the Kreuzberg district, housing some creative stores. Unfortunately the project has never been put into operation.

The project was initialized as a branding class, during my third semester at the HAWK and resulted in two interpretations – one is shown right here, the other is found here.

There are two meanings in this one. You can read it as “im Portrait” which means just as much as “in the spotlight” – makes sense for a showroom, right? But then the coloring in the word mark says “import” – which explains exactly what the portraited works are: imported goods from the exhibitors who are from outside of Berlin, trying to get a foot in the door.

The most tricky part was to pack the two above mentioned meanings into this simple word mark. Using different stroke weights was not an option. Therefor I experimented with cutting of descenders and color coding letters. The “A” had literally become a special character, since I transformed it into a little spotlight.

To convey a mystic, red-carpet-like feeling to the exhibitions and workshops, I renounced all kind of photography and explicit illustrations and made use of a very minimalistic approach with lots of space. Spiky shapes form abstract spotlights, which always focus on the logo. And of course every exhibitor has his very own color code. 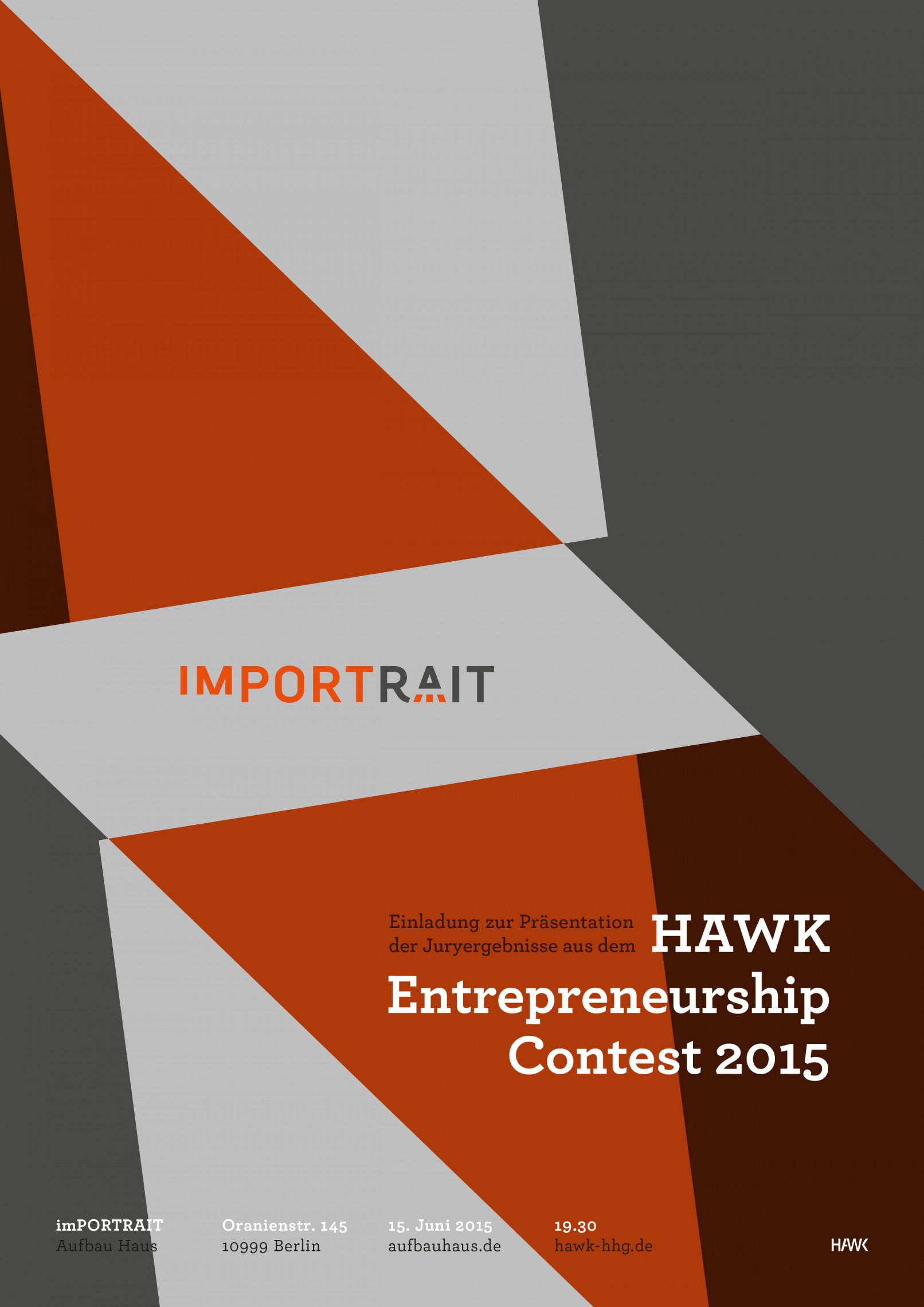 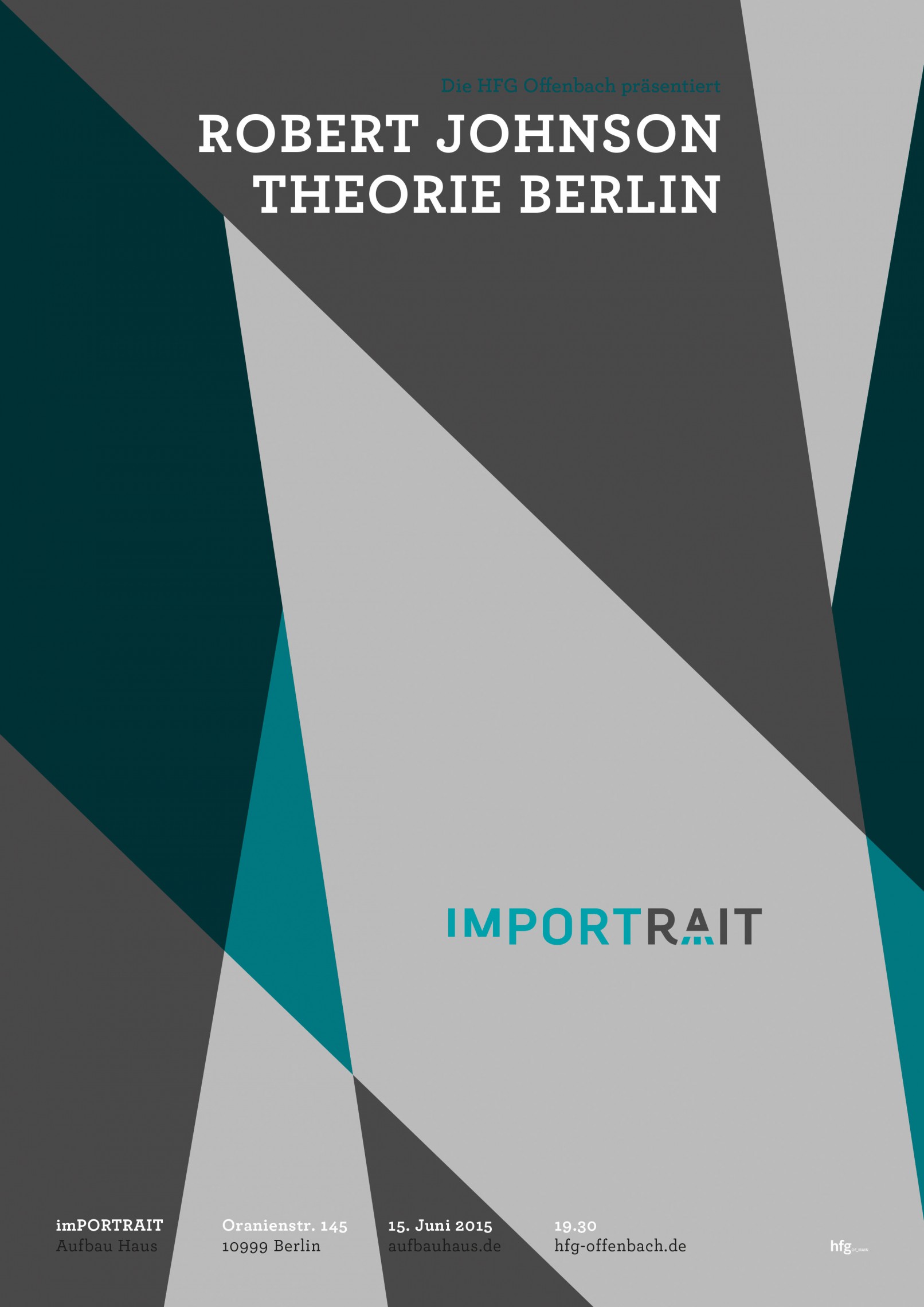 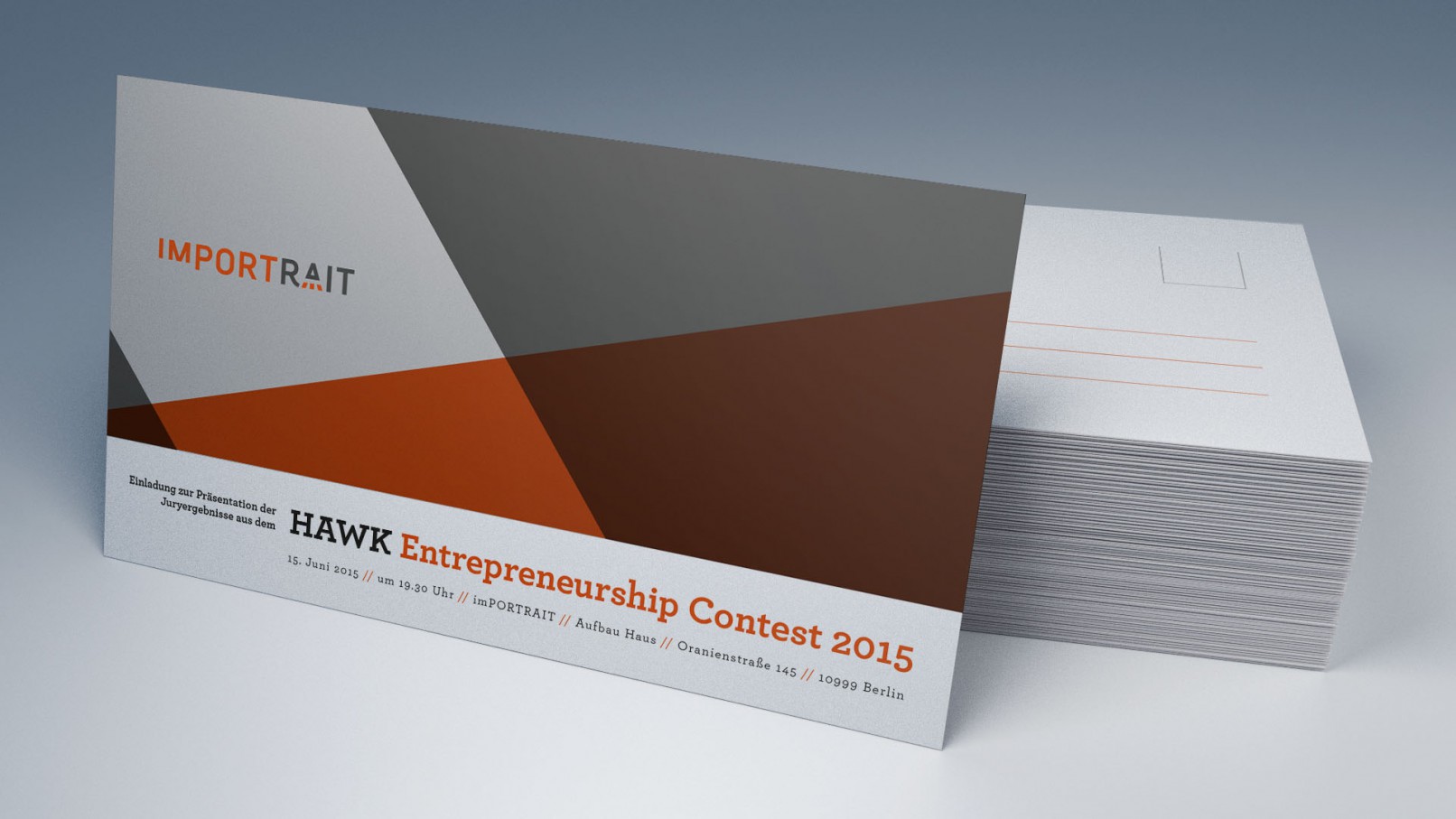 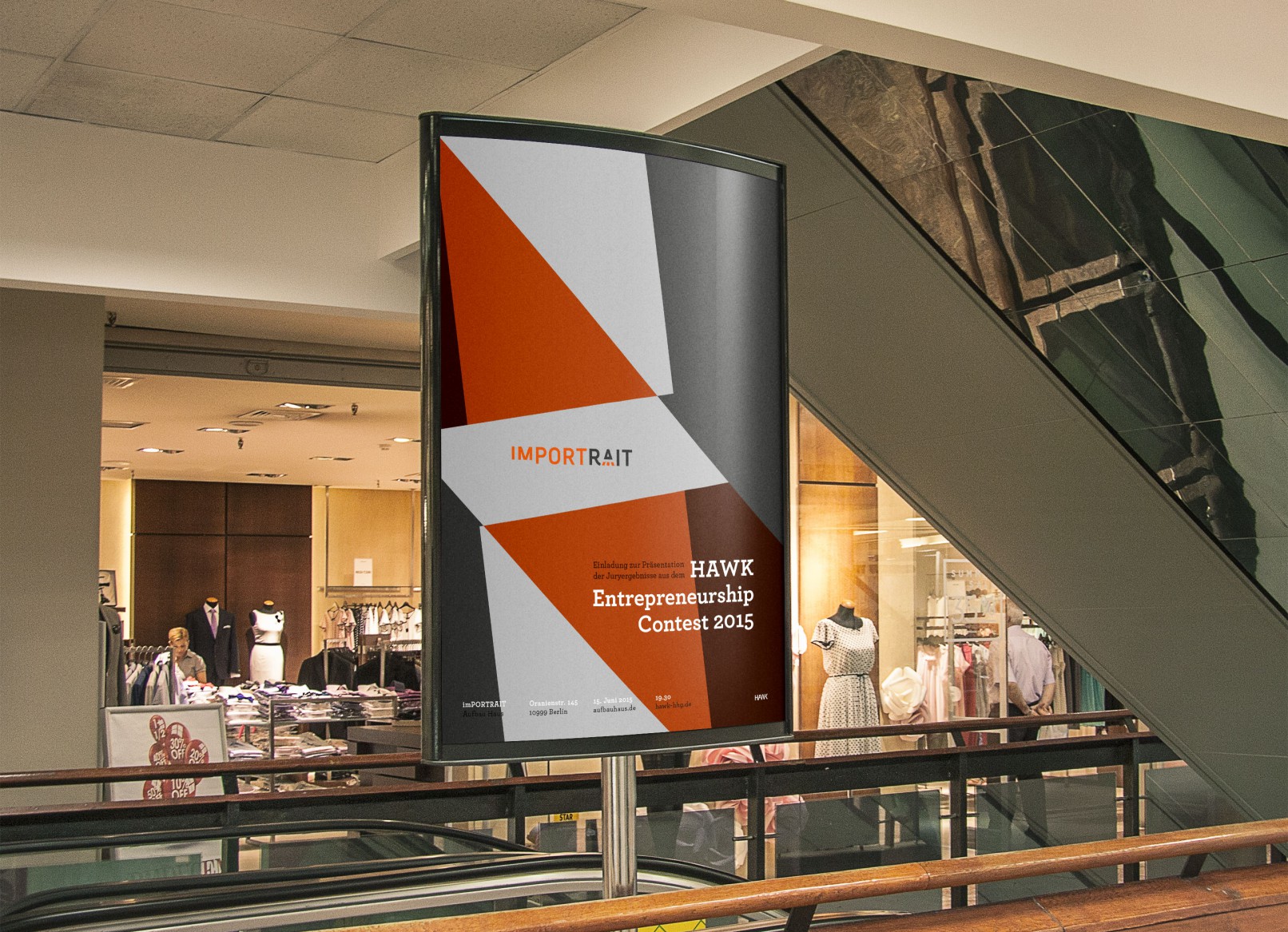 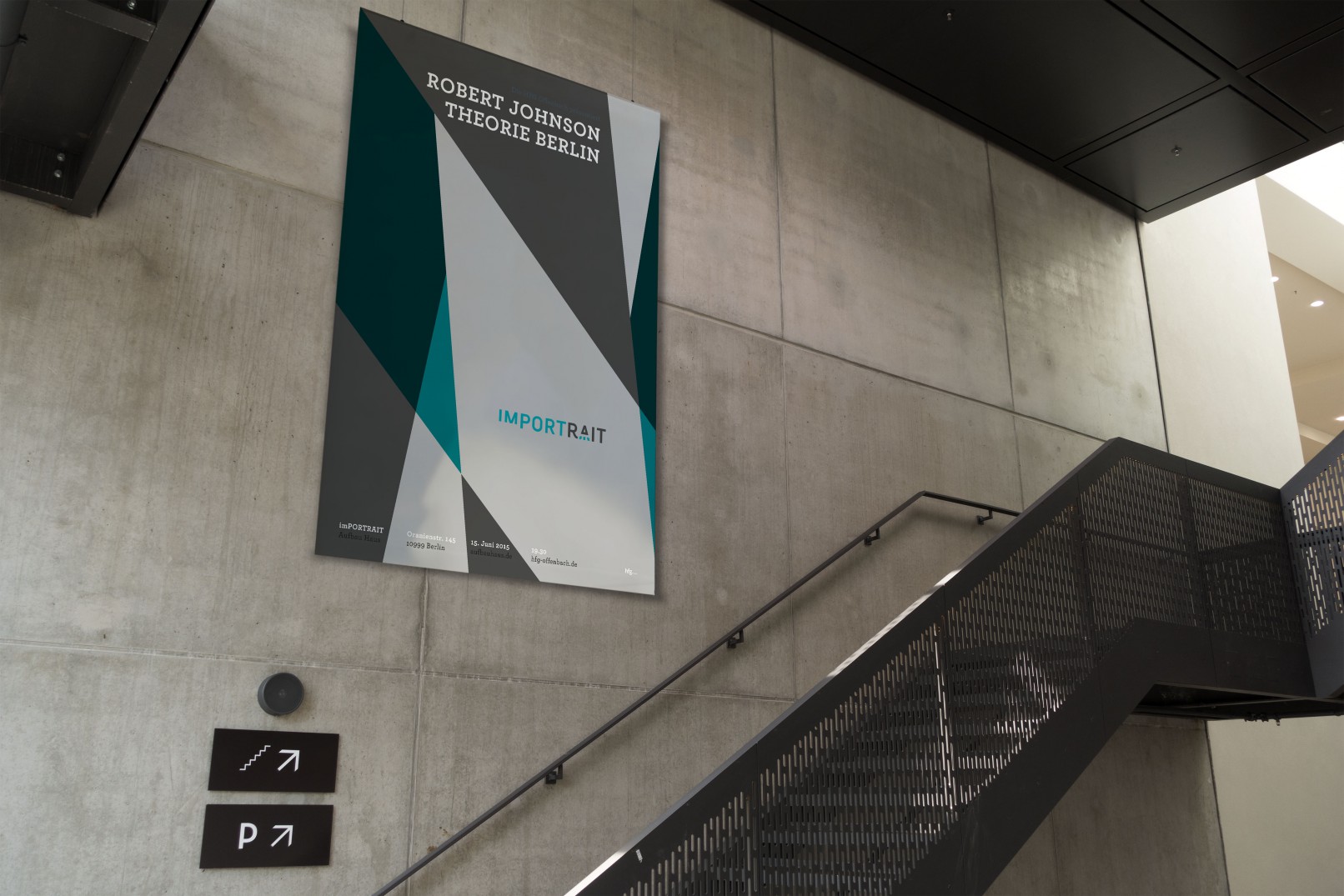