The Heidelberg Institute for International Conflict Research (HIIK) is an independent and interdisciplinary registered association located at the Department of Political Science at the University of Heidelberg. Since 1991, the HIIK has been committed to the distribution of knowledge about the emergence, course and settlement of interstate and intrastate political conflicts. The Conflict Barometer is published annually and contains the current research results. It describes the recent trends in global conflict developments, escalations, de-escalations, and settlements. Coup d’état, attempted coups d’états, as well as implemented measures of conflict resolution are also reported. It is subdivided into five world regions and presents all present conflicts in detailed charts and short descriptions. The methodological approach consists of the conflict definition and the measuring of the conflict intensity. Tens of thousands downloads of the Conflict Barometer on the HIIK website, as well as a broad presence in national and international media, ensure the research results to be spread to millions of people. Especially research facilities, business consultants, government advisories and international ministries, but also non-government organizations, academic institutions and students rely on this annual publication.

In January 2014 a friend of mine (who worked for the HIIK as a volunteer) contacted me, if I could help them to redesign graphs and infographics according their optical appearance. The visual foundation was already set by Friedemann Albert, so the following work was not meant to reinvent anything, but subtly match the statistics and graphics to the HIIK corporate look. The result came to live first in the Conflict Barometer 2013 and has been continued throughout the years. 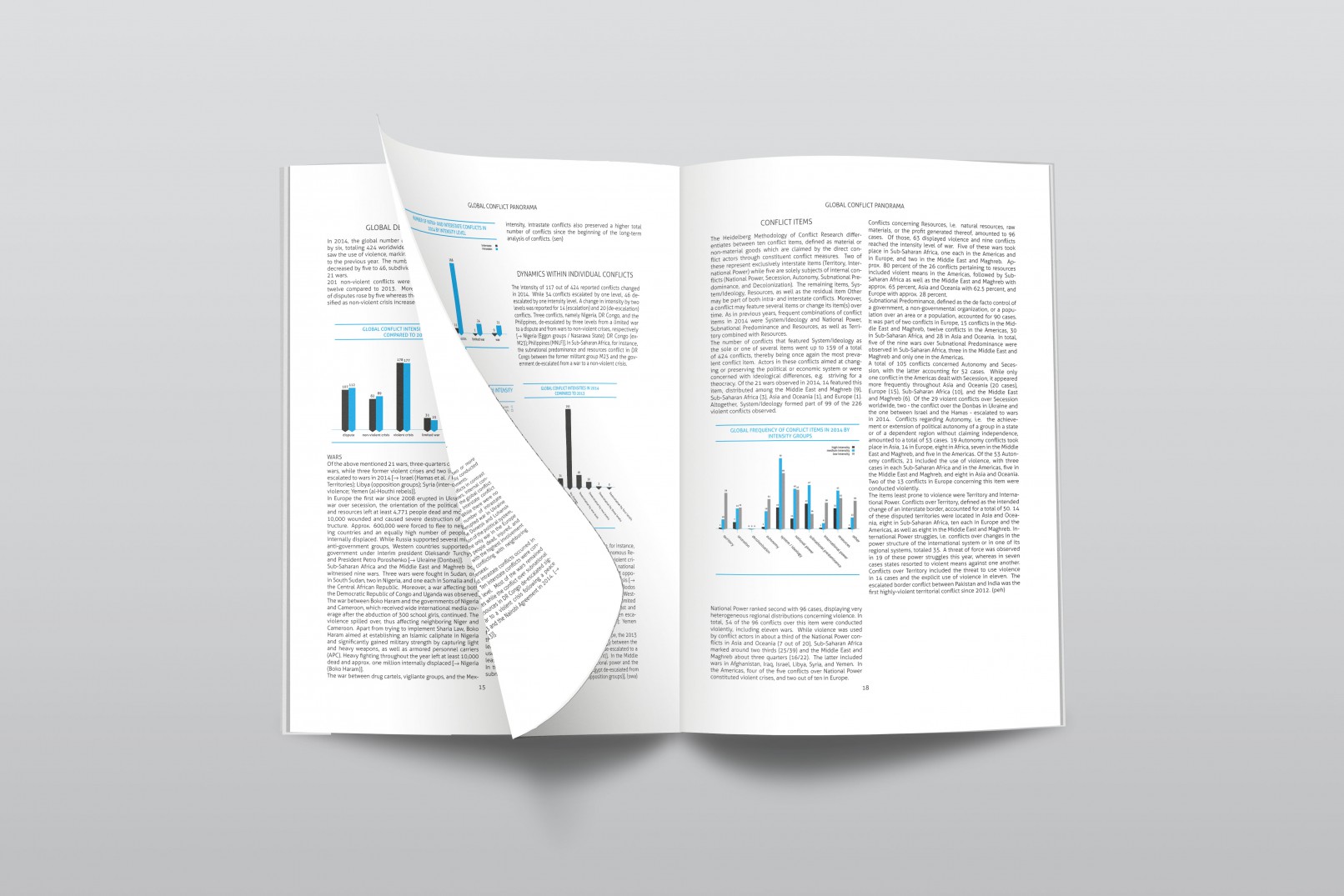 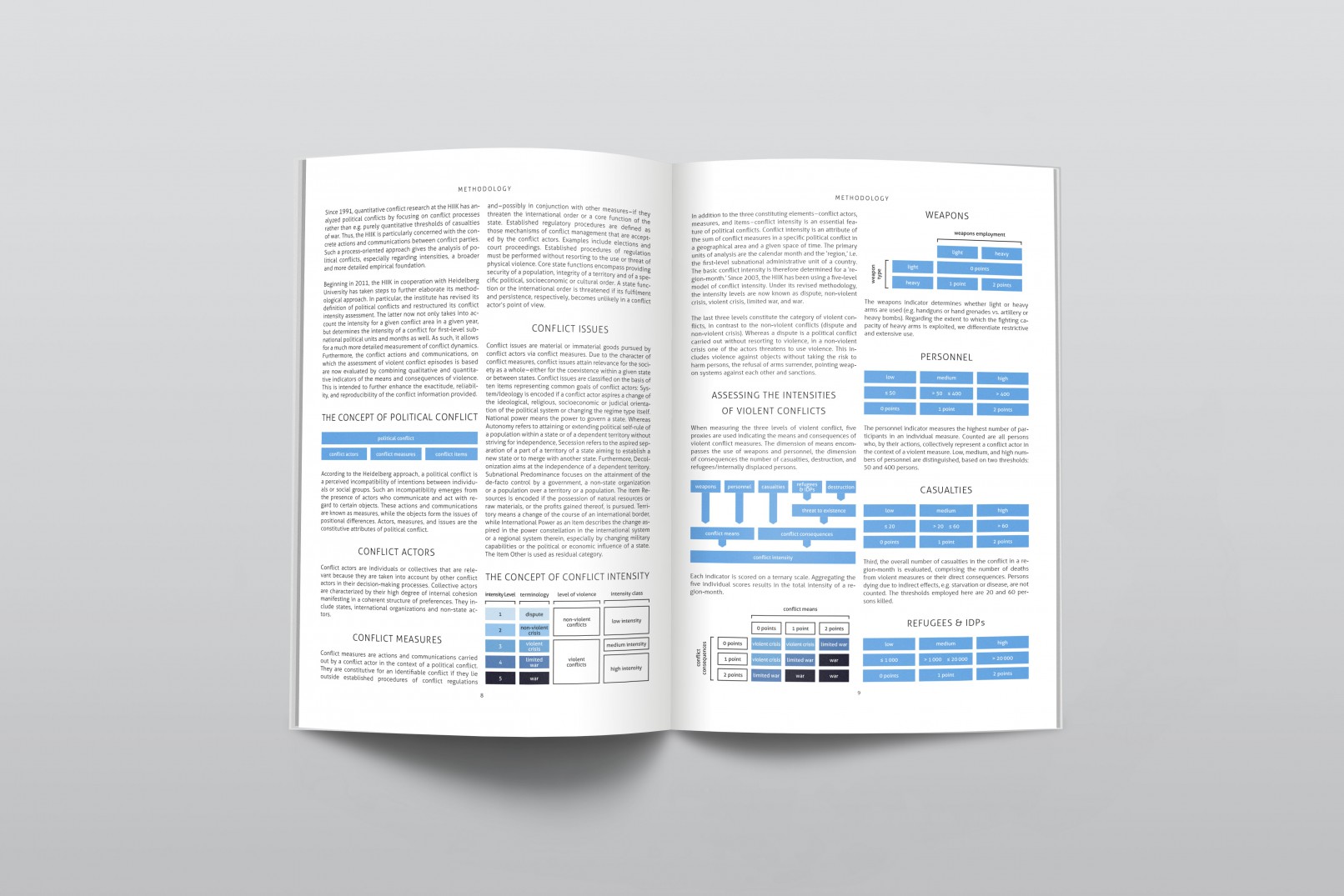