The museum of Hildesheim has a long tradition. There is a permanent exhibition, showing one of the largest collection of ancient egypt remains, as well as rotative exhibitions showcasing different, foreign cultures. During the 1980ies it was booming with visitors from all over the globe and a broad media reach. Today it takes some more support to keep it running. The Museumsverein Hildesheim is a local association that is responsible for the housekeeping and all kinds of organization of the museum, that are inevitable for it’s existence.

The organization is depending on it’s membership figure, which was languishing at a low level the time we were assigned. To gain new and younger members, the communication had to be adjusted. The Logo was already given (just a couple tweaks for optical stabilization were instructed), but there was no definition for colors, typography, imagery or a design manual in general. The following are just some ideas I presented at past meetings, that show the visual concept in action:

In a meeting somebody explained, that a lot of people pin the monthly program of the museum onto their fridge. By that time we were handed out a black & white, cheap inkjet flyer (printed on simple office paper) with the monthly events on it, which was the official program flyer. Besides the disaster of a non-consistent corporate design it was clear, that there should rather be some art on the fridge whenever there is a product of a museum pinned onto it. My idea was to design a foldable (and of course pinnable) program brochure, that shows some of the museums character by it’s form already. The clue of it, was that it can not only be pinned, but also be on top of the holy fridge when folded open. That way it becomes an exhibition piece by itself.

The logo was already done and was meant to be kept. Nevertheless there were some optical inharmonics, which is why I restructured and rebalanced it slightly. 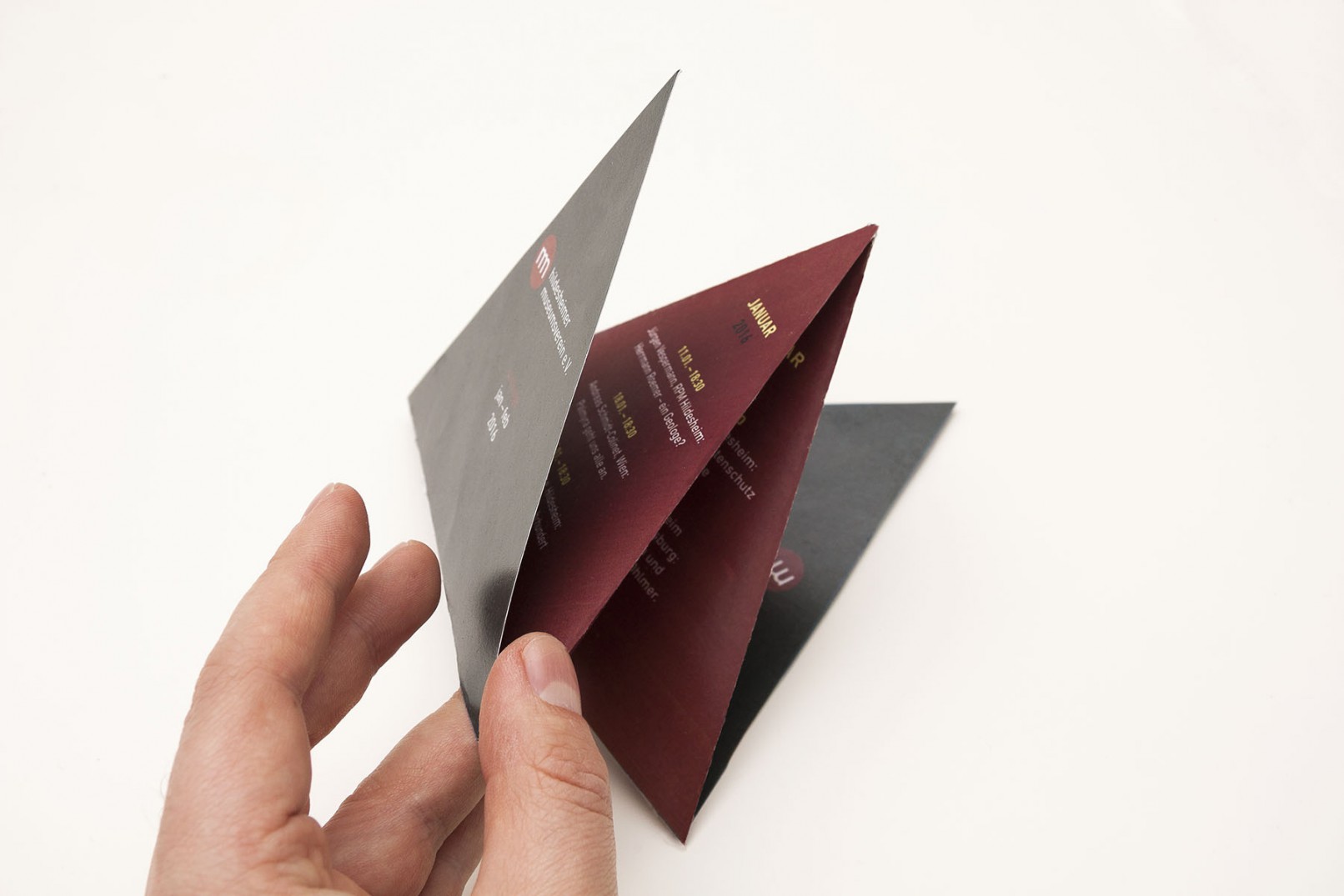 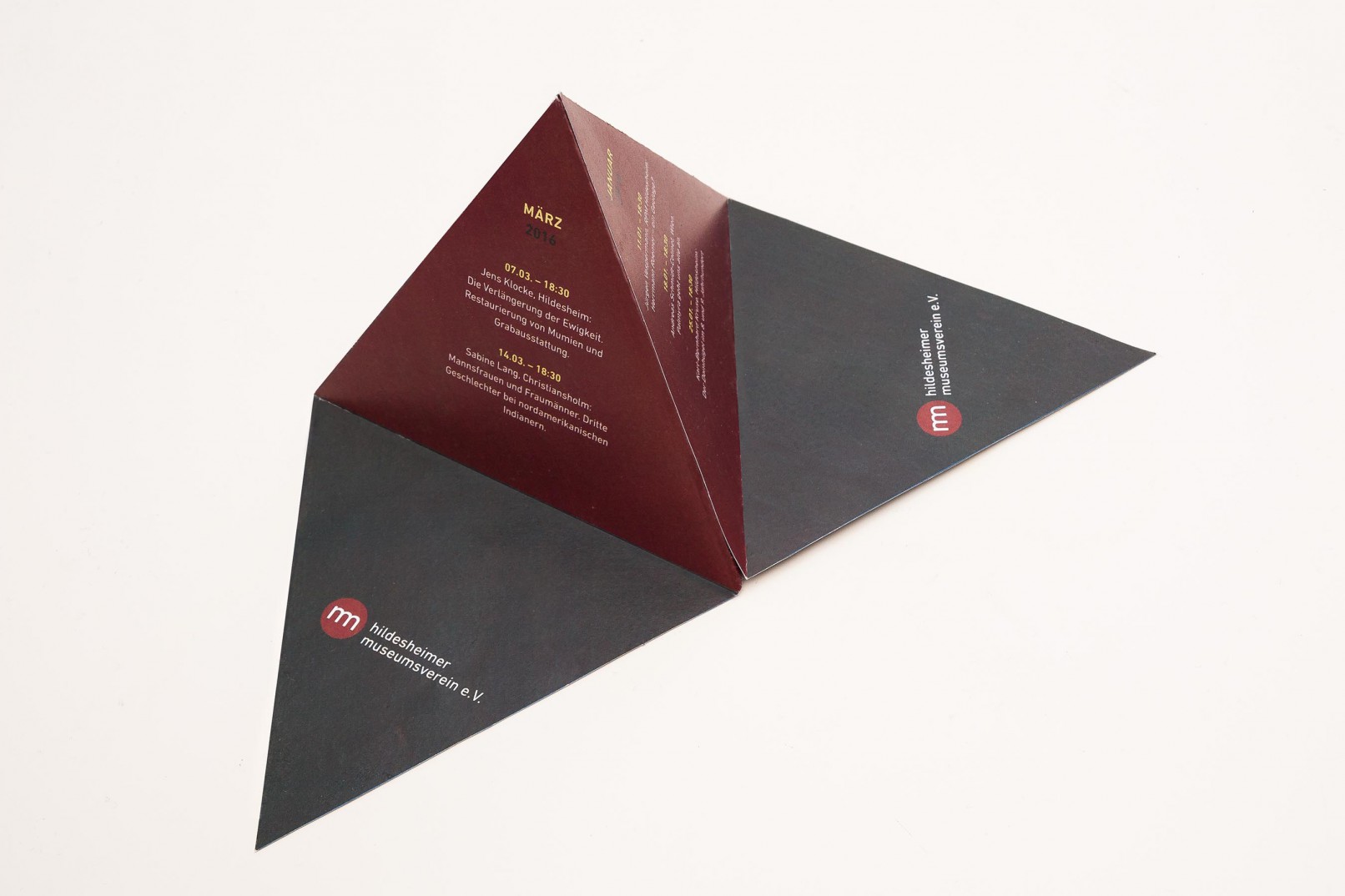 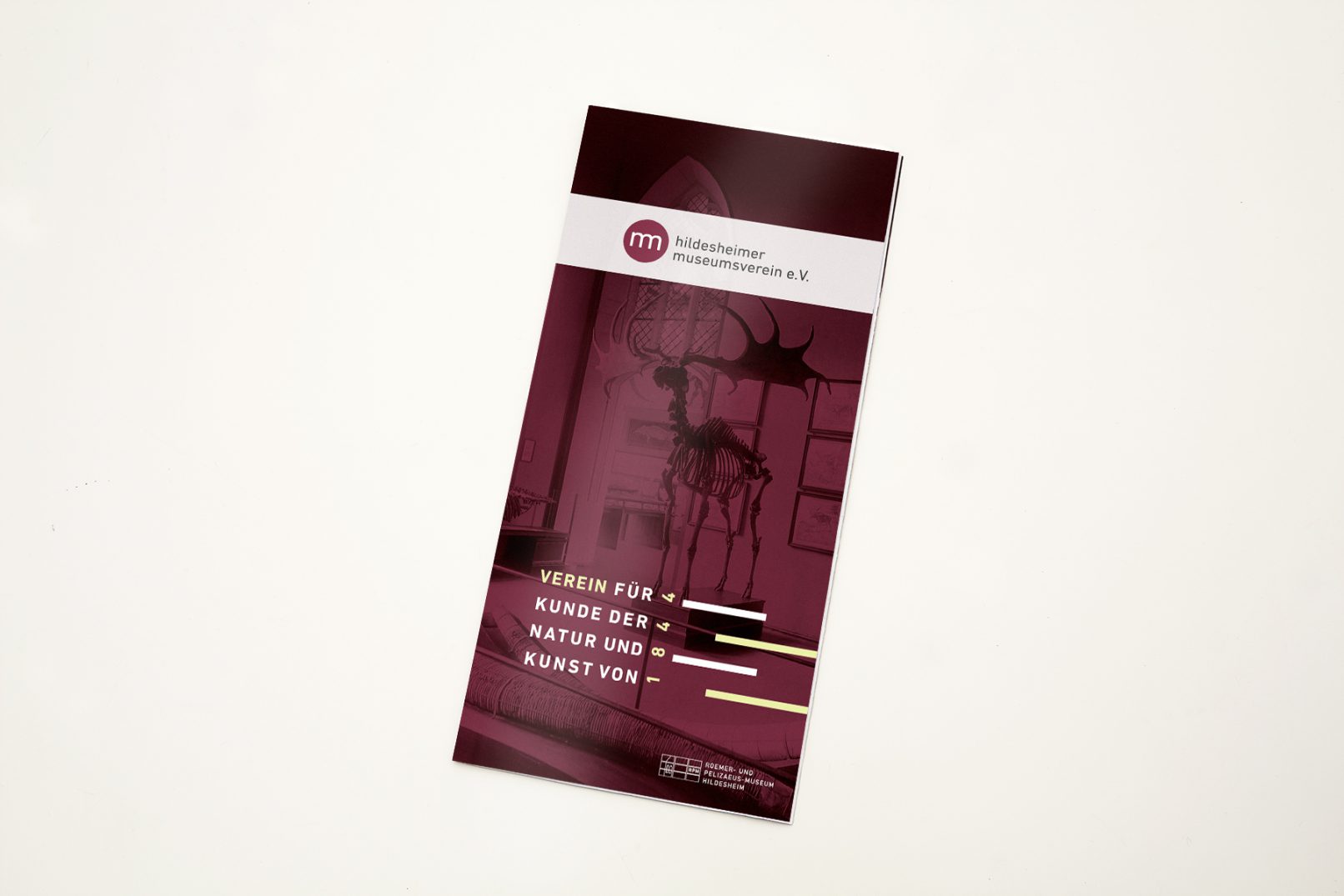 »Hildesheimer Museumsverein«: redefinition and optical optimization of the given logo.
Previous
Next