I remember when I was a kid there were these fancy pinball machines everywhere, which came out of fashion due to their maintenance costs and maybe also because people rather play with their smartphones when idling nowadays. But since the trend goes back towards analogue, slow movement and less digital bullshit, I think it’s about time for some new, old concepts. During a design college class with the topic »play«, I had the idea to conceptualize a lifestyle bar including all the good things from at least three decades ago. Since I’m a huge fan of the 1980ies, this was my point of orientation. A bar is a place where people meet after work to have their dose of fun together. Nowadays that mostly means hanging out in a very minimal place, with boring lounge music that rather serves to fill the background and people drinking, laughing and in some cases even smoking is allowed. Bored guys are staring at their smartphones and groups often leave after 12PM to head out to clubs or their homes, and occupy theirselves with other stuff. So my idea was to hype up the good old bar and make it a new experience for all generations.

First there has to be a Jukebox, so the folks can choose their own soundtrack for the night. Phones are safely handed off at the door and go into a »phone wardrobe«, so nobody gets tempted to bore others with it. If the entourage should not be complete yet, there are various ways to kill time with all kinds of arcade games or conversations with strangers. And by the time the clique has arrived there are lots of games that can also be played together from multiplayer pinball sessions to darts or pool. Altogether the collective atmosphere counts, making the venue a fun place right from the first step into the door to the last drop of beer when it’s closing time. A stage in the back of the scene also makes it a great concert venue, letting rock and roll come back into the heads of the new generation.

Older folks remember the term »tilt« from pinball machines: the mechanism that freezes the machine when the player lifts and nudges the machine too hard in order to cheat the ball into another direction. Tilt has also become a phrase describing an escalating mood, which is not necessarily meant in a negative way. Tilting off, going crazy, having a great time with the dudes. But in the first place tilt just means tilt: something that is not the norm – turned upside down – away from the usual stuff.

The stationery design is tilted to all angles, the name says it all. Colors are inspired by the 1980s with a modern twist, based on teal and violet. The same goes for typography and pictures – retro with a modern touch. Photographs are displayed as unicolored halftone pictures with a screen print character.

The Logo is actually an ambigram – it can be tilted upside down and still reads tilt. The i-dots are hinting flippers shooting a ball and at the same time forming a tilted, shifted exclamation mark (since I titled the brand »tilt!« with the obligatory exclamation mark). 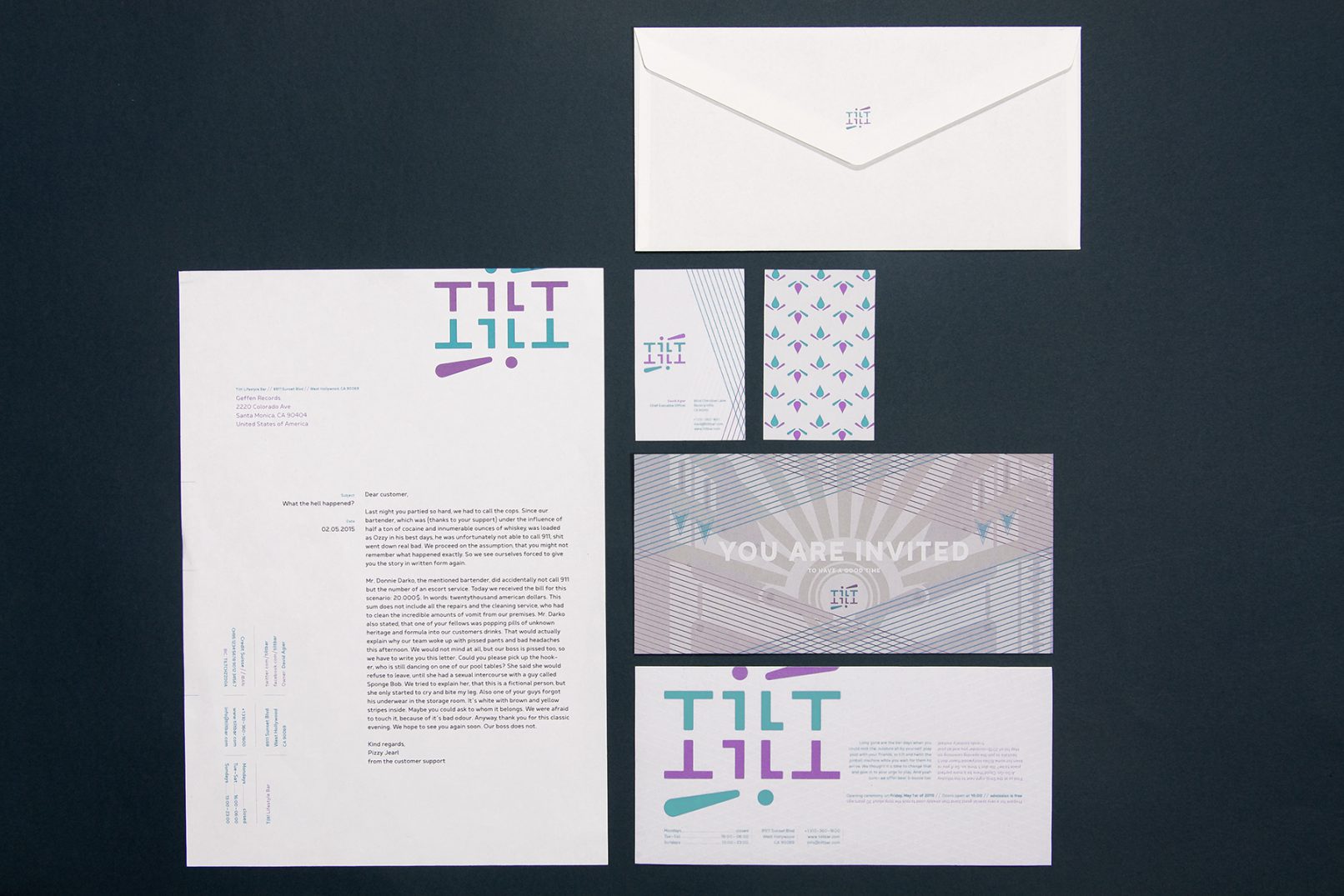 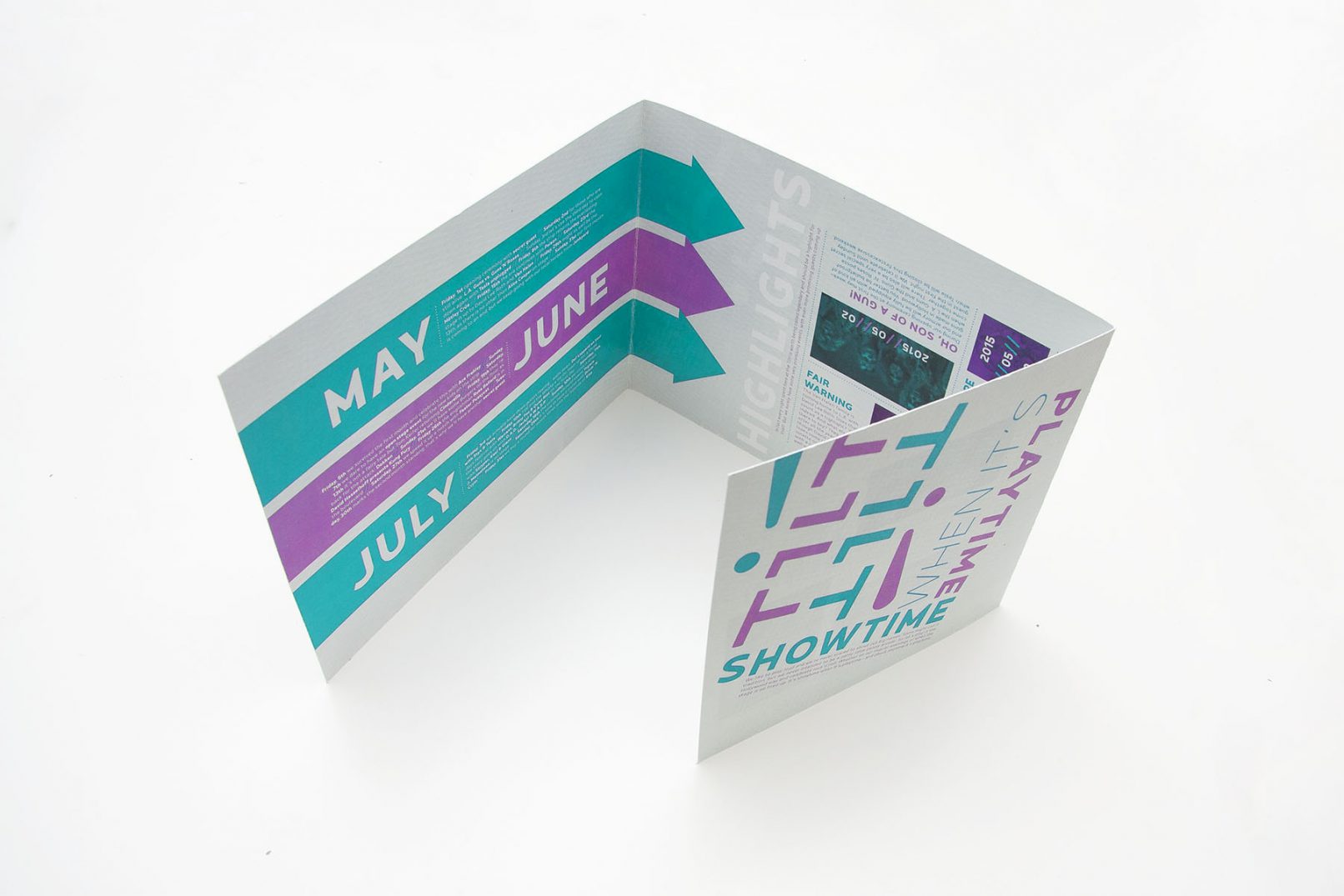 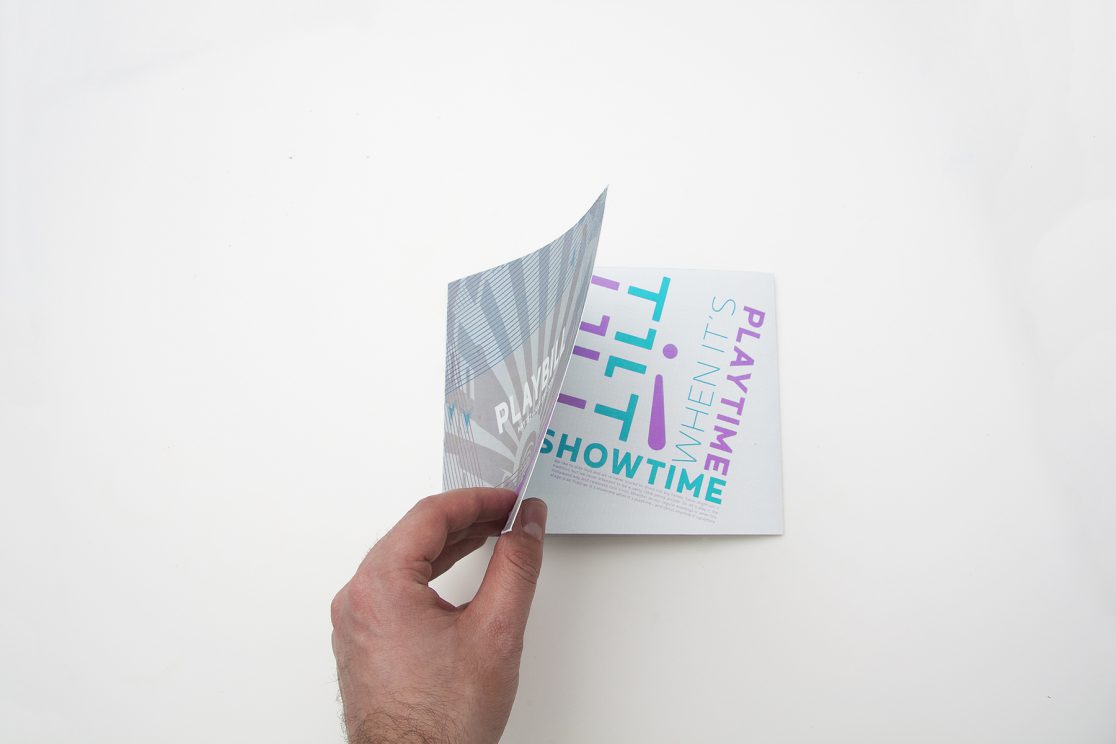 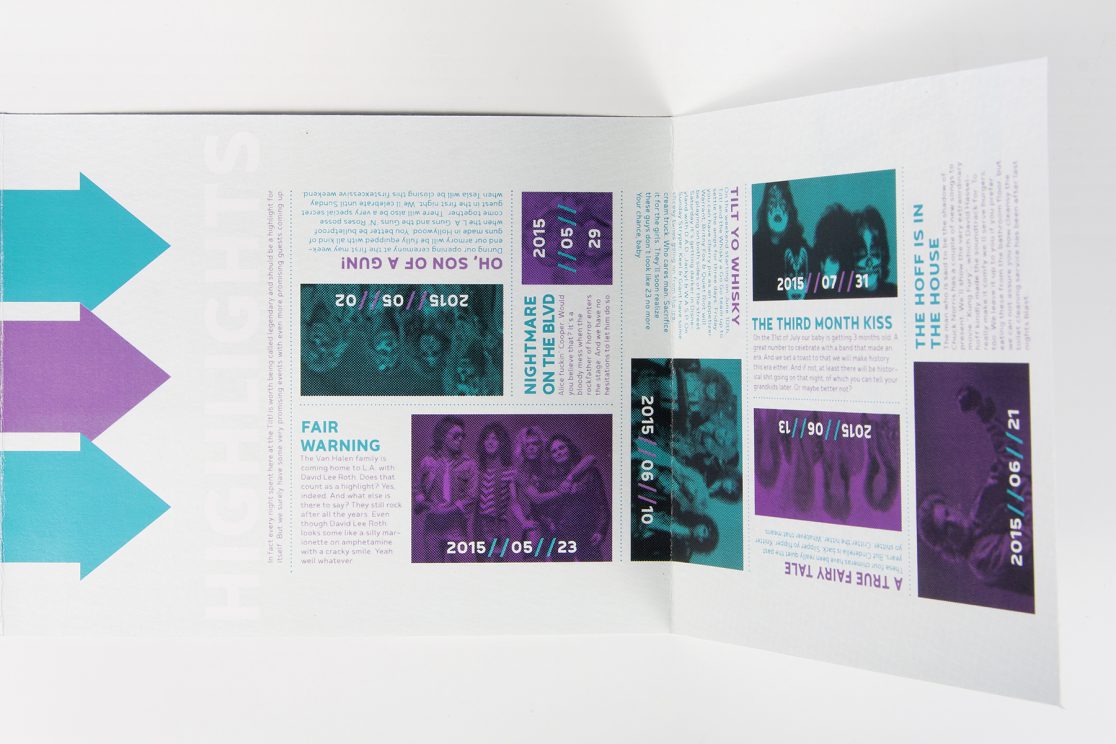 Inside the »tilt!« flyer.

The »tilt!« logo – it's an anagram.
Previous
Next