Yousician can be categorized as a learning software for Piano, Guitar, Ukulele & Bass, but that’s a quite primitive description. Actually it’s a gamified tool, that let’s you play your instrument from the very beginning without lots of theory, but with a lot of fun. If you know the game »Guitar Hero« – imagine that with a real instrument as your game controller. I loved the idea, tried it and got convinced of it’s learning curve pretty quick. The only thing I did not understand was why I never heard of Yousician before. That’s why I picked that topic up for my bachelor thesis, in which I:

To build the new brand design including an ad campaign, I extracted core values from the studies, which serve a guide-system for the brand’s communication. The current brand design (as of September 2016) is not really consisting, as website and GUI are visually differing. Hence Yousician challenges traditions and is based on a gaming experience, the design had to be altered to communicate these values. The new brand design makes use of vivid colors and a playful form language with diagonal lines that break up the layout. Ultimately it is young, frisky and a bit rebellious. The Logo, which originally was a stylized fingerprint transforming into a clef, was changed completely because Yousician does not have a lot to do with clefs and musical notes. Instead it became an easy to read wordmark with a matching figurative mark on top, indicating the two main instruments of Yousician: keys (Piano) and strings (Guitar, Ukulele, Bass).

The current website (as of September 2016) is extremely short on information – especially on how Yousician works and general informations on pricing. The overhauled version, based on the new brand design, explains what Yousician is, what it does, what the benefits are and that there is a fair pricing model including a free basic version.

The values that support the brand’s design also cultivate the brand’s communication of course. One example for a campaign could be based on the break with traditions, which I outlined in three possible motifs. 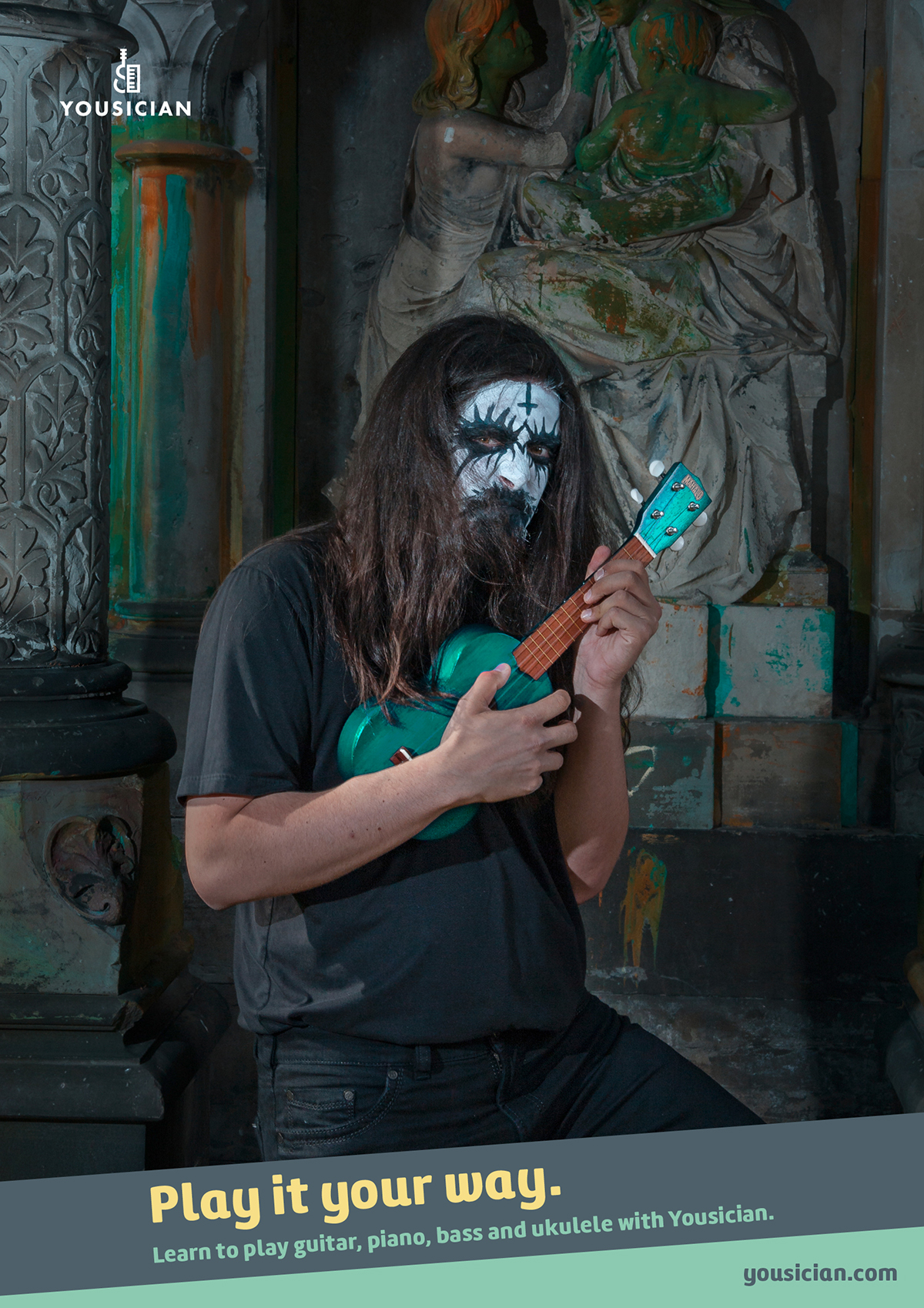 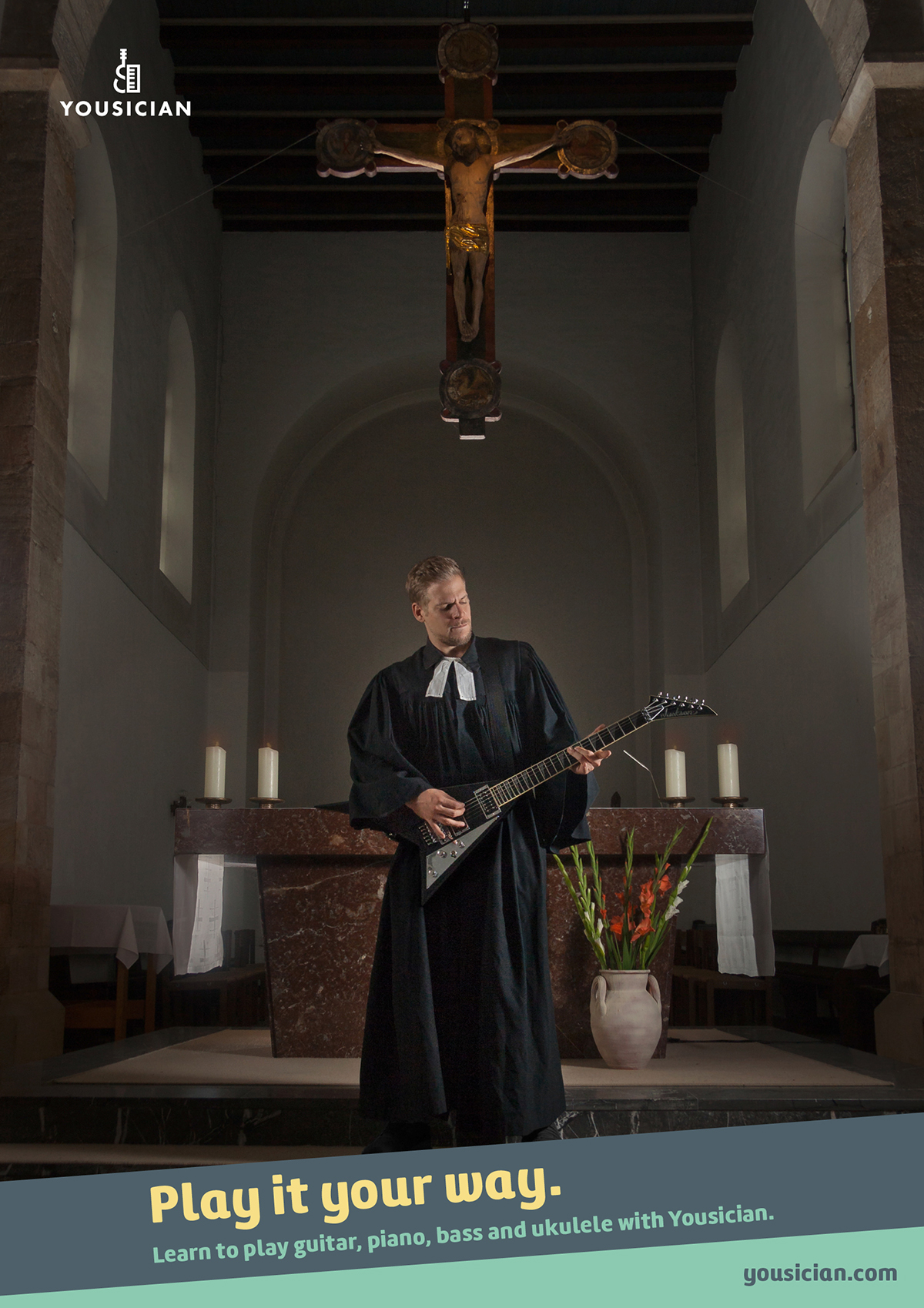 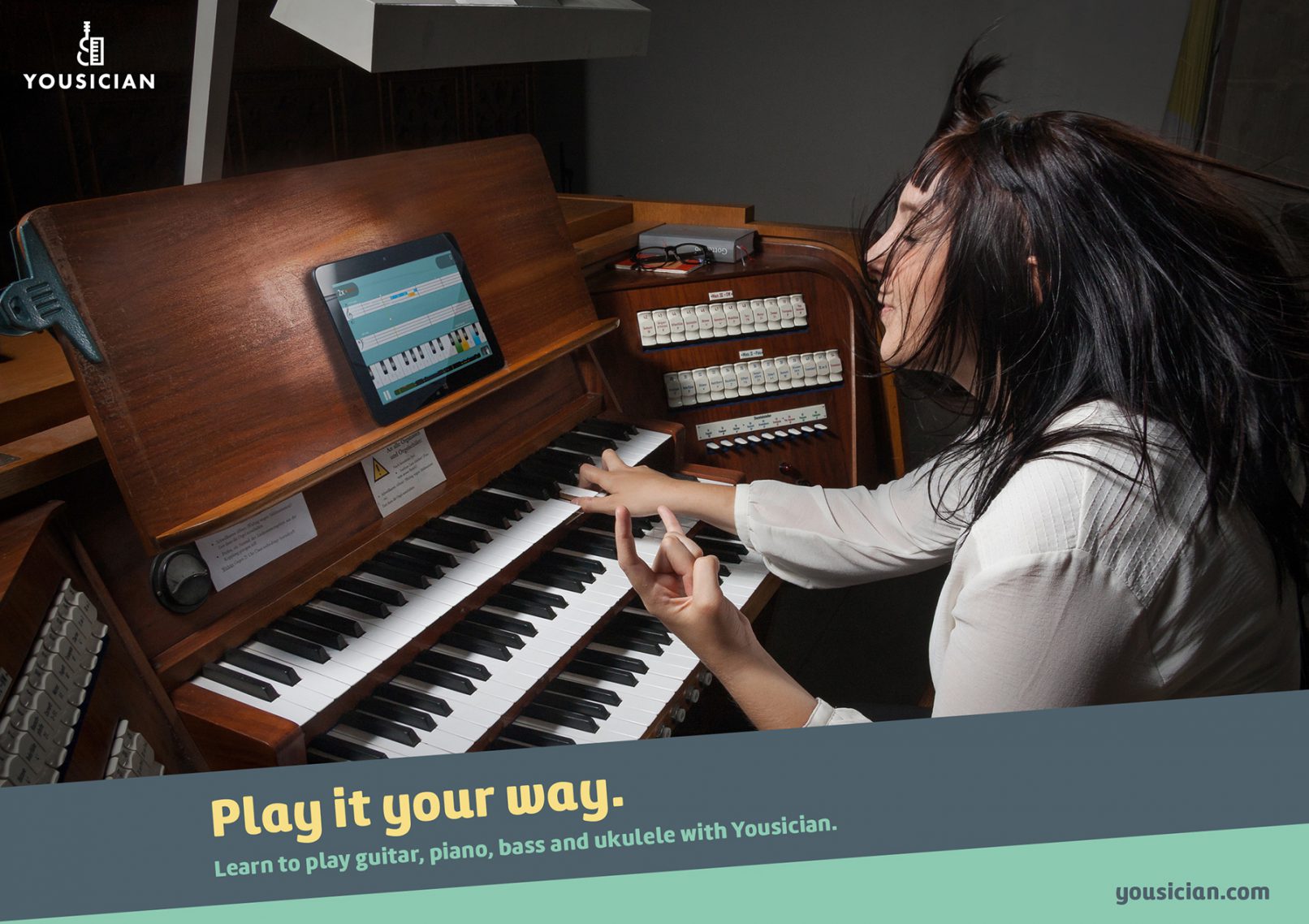 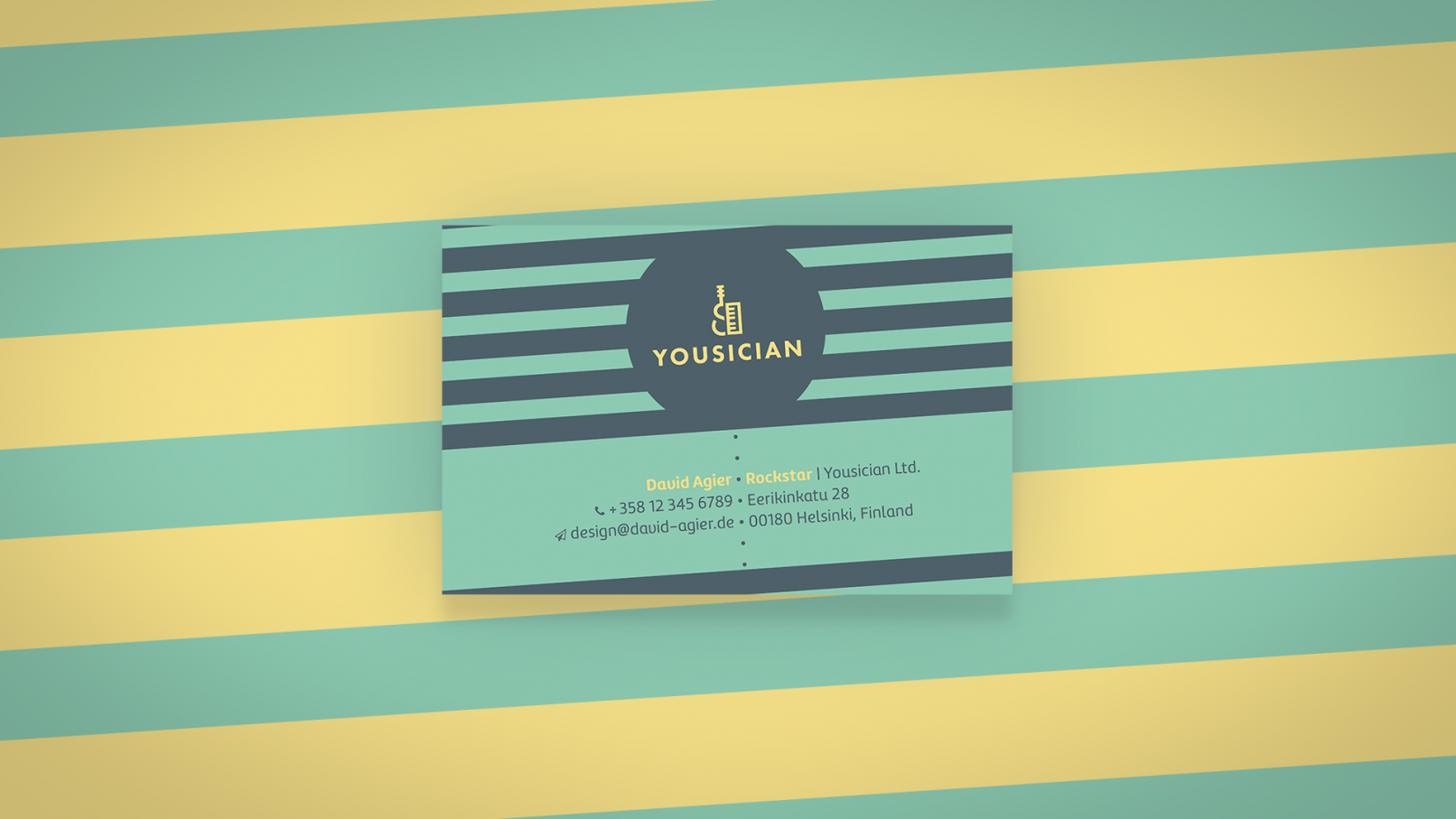 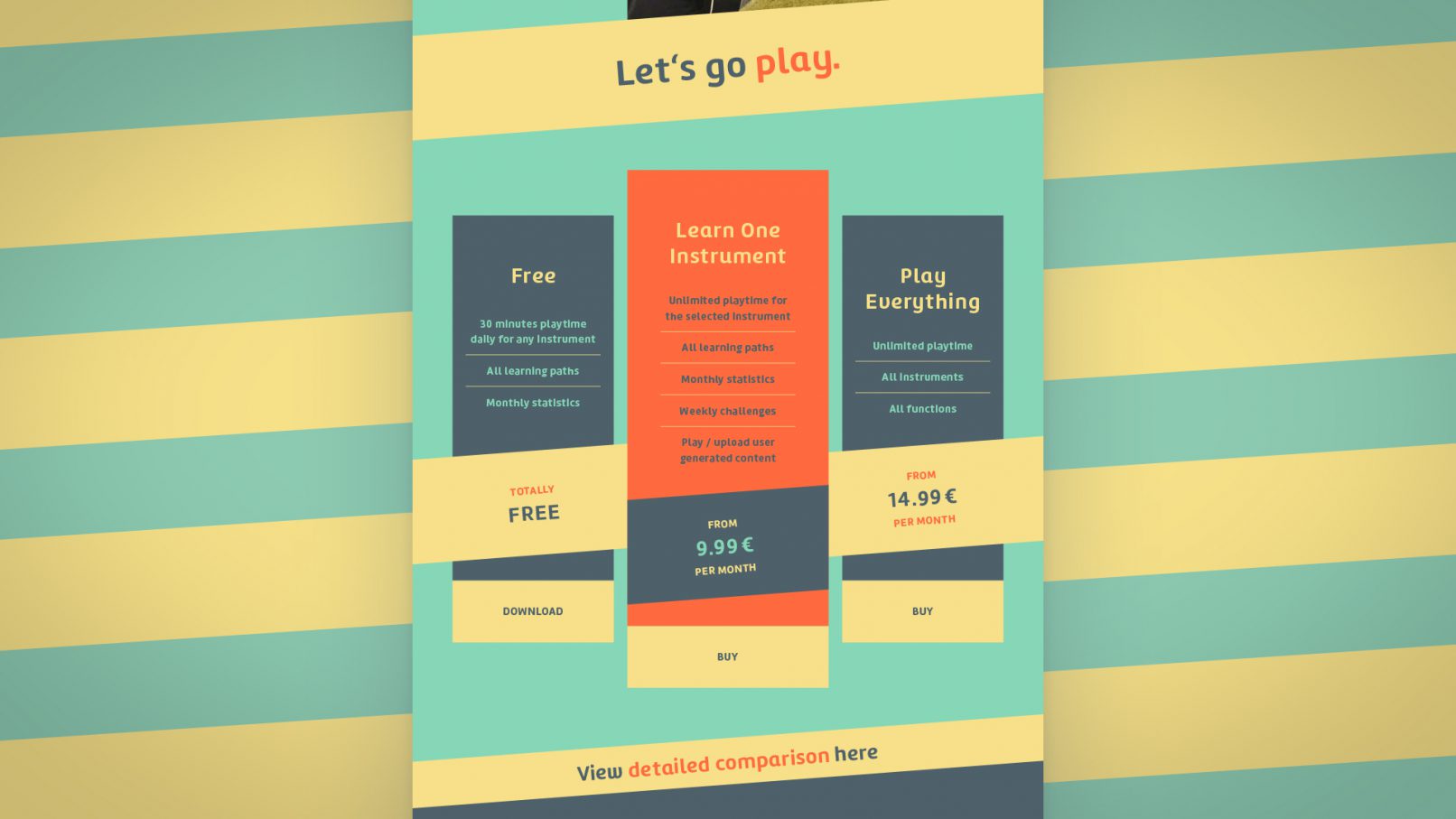 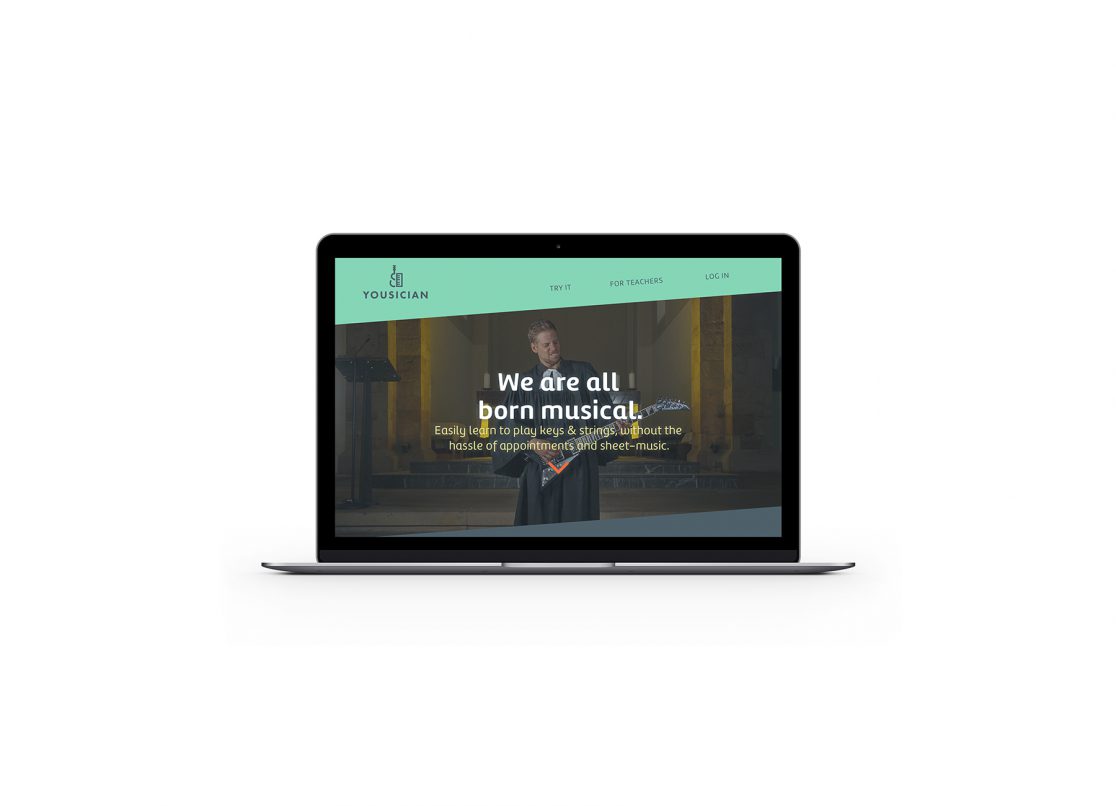